For everyone that likes to be on-trend and still live green, National Consignment Day, held on the first Monday in October each year — on October 2 this year, is for you! The day encourages people to sell items we no longer use or want to consignment stores. You (and the consignment store) make some money, and someone gets to ethically buy and utilize a gently-used item.

The consignment store is the sort of place where people bring in items to sell at a fraction of the original price. They display the items in the consignment store for a pre-arranged number of days and are paid a certain amount of the selling price — the rest goes to the store, after the product sells. Such stores stock clothing, home goods, art, furniture, and even books.
But before the U.S. had such stores, there were thrift shops, and before that, pushcarts. The Industrial Revolution was responsible for granting accessibility to a lot of items, and clothing was one of them. Not only did production increase, but pricing also dropped, and buying power was at an all-time high back then. Unfortunately, this also increased the ‘disposable’ nature of clothes. At this time, Jewish immigrants saw an opportunity. All the discarded clothes were resold on pushcarts.

People buying from here were seen as low-class and tasteless. Newspapers included inferences about the dangers of purchasing anything from these carts.
Towards the end of the 19th century, religious groups jumped on this bandwagon, seeing an opportunity to raise funds by reselling items. With the seal of approval from the Christian ministry and the fact that donating made people feel more charitable, the idea of donating and using used goods became more palatable to the general population.

The word itself mainly means to give something over and into the care of another person. It likely came from the French word ‘consigner’ or the Latin ‘consignare,’ which means ‘to mark with a seal.’

As for how our day came about? Online resale store, The RealReal, which specializes in luxury consignment, launched this day because they believe this is one of the best ways to shop. Operating since 2001, this company is now located in seven major U.S. cities. They founded this day to promote consignment and sustainable fashion.

Religious groups see the opportunity reselling provides — for funds and to encourage more charity — and they change the optics of this trend.

Goodwill Opens Stores in the U.S.

The number of stores involved in selling used goods increases around the country, and soon, this giant nonprofit opens stores that offer department-store quality of used goods.

Where until now only thrift stores existed across the U.S., consignment stores begin to make their presence known — they have existed alongside thrift stores ever since.

And Finally, Our Day!

National Consignment Day is established by online luxury consignment store The RealReal to promote this method of shopping.

What does ‘out of consignment’ mean?

The term, also known as ‘consigned out,’ means the consignor has lent their products/items to the consignee, aka the business or store.

Is consignment a good idea?

If you have unwanted items that are still in good condition, consignment is a good idea simply because you allow someone else to enjoy your things for a minimal fee.

Why is a consignment not a sale?

When a person brings in gently used items into a consignment store, they do so with the understanding that they will only receive the pre-arranged amount if and when the item sells. Until then, the ownership of the items remains with the person itself and not the store; the opposite is true for ownership in the case of a sale.

How to Observe National Consignment Day

Why National Consignment Day is Important 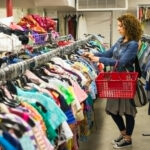 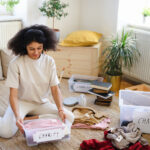