Tau Day is celebrated on June 28. Once we know the story of this mathematical constant, we never look at a circle the same way again. Many people are aware that pi is the ratio of the circumference of any circle to the diameter of the circle, but there is a growing movement in favor of a new ratio taking its place — tau. Tau is considered more accurate than pi, despite pi’s popularity. What’s even more interesting is a rumored conspiracy that the powers that be are holding steadfast to the concept of pi. Read on to learn more.

The first known use of tau was approximated by Archimedes in the third century. He was born in the Greek city-state of Syracuse on the island of Sicily. Archimedes was known as one of the greatest scientists of the classical age, who, among many other things, calculated pi to the most precise value known. Pi is defined as the ratio of a circle’s circumference to its diameter as is tau, but some believe that Archimedes’ work would have been all the better if he had relied more on tau than pi.

During the eighteenth century, Leonhard Euler used the Greek letter π to represent the ratio of pi itself and for many years it has remained as the quintessential constant circle. This helped people understand circles, triangles, and other principles of geometry. It was a useful device that served its purpose well, but a new voice would define it as inelegant a couple of centuries later.

The tau movement was founded by the former University of Utah math professor Robert Palais who believed that tau simplified the math. Palais noticed that something was off with pi when calculating the sine of π/2 and the image he saw didn’t add up to the calculations. From this, he knew that pi wasn’t the way. Palais published his findings in a 2001 article titled “π is Wrong” in the “Mathematical Intelligencer.” He noted that Euler went back and forth between tau and pi, but pi became the accepted constant. Palais then proposed tau was superior and he used the pi symbol with an extra leg to represent it, and it eventually became an uppercase T.

On June 28, 2010, “The Tau Manifesto” launched at the same time as the first Tau Day. “The Tau Manifesto” was a book written by Michael Hart that was dedicated to the lesser-known number. In it, pi is referred to as unnatural and confusing. Pi compares a circle’s circumference with its diameter, and many mathematicians are disinterested in this quantity whereas tau is the number that connects a circumference to that quantity. The day is used to celebrate all of mathematics, but tau specifically still has an uphill battle in receiving recognition.

Famed mathematician and scientist Archimedes was the first person to approximate tau in his mathematics.

Mathematician Leonhard Euler used the Greek letter π to represent the ratio itself.

Robert Palais publishes his findings about tau and pi in an article titled "π is Wrong" in the magazine the “Mathematical Intelligencer.”

“The Tau Manifesto” is launched at the same time as Tau Day, dedicated to the lesser-known circle constant.

What is tau equal to?

What is Tau? The constant is numerically equal to 2*pi (2 times pi) and with value approximately 6.28. The ratio equates to 2*C/D.

What is tau vs pi?

At its heart, pi refers to a semicircle, whereas tau refers to the circle in its entirety.

What does tau mean in Chinese?

In Chinese, tau means the “way”, “path”, or “route” and can be philosophically metaphorical.

How To Celebrate Tau Day

Why We Love Tau Day 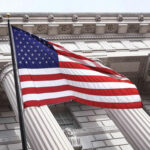 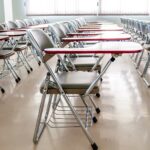