Stop Food Waste day on April 28 aims to teach people ways to reduce food wastage. It’s crazy to think that around a third of the food produced on Earth goes to waste — either it’s lost or goes bad! This day aims to raise awareness of this shocking statistic. While so many on Earth go hungry, the issue of food waste is only growing.

Humans, particularly in America, weren’t always responsible for the massive amounts of wasted food and food products. Centuries ago, before Europeans migrated and settled in the land occupied by Native Americans, food wastage was an unknown concept. Native Americans, who primarily hunted and gathered for their meals, were well-known to use every part of a slaughtered animal; hides were used for clothing and shelter, brains were used to tan the hide, and even bones were used for tools to sew or dig holes. Rarely did anything edible or usable go to waste.

The early pioneers echoed this story. Settlers moving westward in the new continent, the pioneers of the late 1800s, were faced with scarce resources and harsh conditions so they adopted many similar practices to eliminate food waste. The pioneers were sometimes even known to donate food, though before this they would use the lard for soap, and even make use of parts of an animal’s body like the head and feet.

The modern concept of food waste as we conceptualize it today was created in the boom before World War 1 — industrialization. Suddenly, food and goods that would have been challenging and expensive to obtain were being churned out and processed with such alarming speed that they lost their precious value. Industrialization made it easier for people to accept waste because they knew there would be more available the next day and, that too, at an affordable price. However, new sanitation systems still used food waste in creative ways, and people recycled what was possible, often out of necessity.

World War II, in many ways, marked the end of scarcity. Towards its end, rationing ended, the Depression was over, industry was booming, and new materials and waste disposal practices made it easy to chuck whatever you had, buy a new one, and feel secure with the “out of sight, out of mind” mentality. At this time, food waste began to take off — there was no longer a need to repurpose it, and disposal of perfectly good resources was becoming widespread.

Today, food waste is a rampant problem — almost half of the food produced in the United States goes to waste. This means there are 80 billion pounds of good food simply sent to the trash! With this trend came great inequities, since millions of people experience hunger and starvation every day. There are roughly 219 pounds of wasted food per person per year. How will you change your number?

Before the English came to America and set up shop along the East Coast, Native American tribes used the land to its fullest extent, rarely wasting any part of the animal they hunted or the food they gathered.

Similar to the Native Americans that they were ousting, the first settlers used the entire animal they hunted and killed.

Change Before the First World War

Shortly before the First World War, the boom of industrialization changed not only America’s economy but the global one.

After the end of World War II, food became cheaper to produce and less expensive to waste.

Over 80 billion pounds of food is thrown away in the U.S. each year, and by some estimations, nearly 40% of food produced will go to waste.

Are there any events for Stop Food Waste Day?

What will happen if we stop wasting food?

According to the United Nations, cutting down on wasting food by just a quarter would mean enough food for everyone.

How can I stop food waste?

There are many ways to reduce food wastage — start with not overbuying in the first place. It is also a good idea to check the expiration dates of food products when you buy them. Your freezer is your best friend in this case, as it will extend the use-by date and shelf life of many fresh food items and food products. 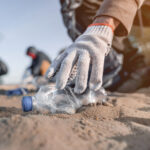 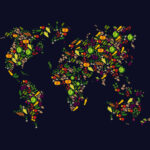