If you love a Pretzel, then National Pretzel Day on on April 26 is the day for you. Pretzels, somewhat surprisingly, got their start in the Catholic Church. Sometime around the 7th Century A.D., monks presented their students with treats of baked dough twisted in the shape of crossed arms. At the time, crossing one’s arms was the traditional posture for prayer. Not only that, but pretzels, made from water, flour and salt, were also the perfect food for Lent — when meat, dairy and eggs were prohibited. So there you have some National Pretzel Day history — with a twist!

When is National Pretzel Day 2023?

The delicious knot-looped snack we all love is enjoyed on National Pretzel Day on April 26.

The origin of the pretzel dates back to 7th-century Catholic churches. The rules of abstinence and fasting during Lent were much stricter than today, forbidding Catholics from consuming dairy, eggs, or meat. This led to the creation of pretzels, which were the perfect food to eat without violating any rules, and they were easy to prepare.

The unique knotted shape of pretzels became a symbol of union in Switzerland in 1614, with weddings of royal couples featuring pretzels to represent the bond of matrimony. According to legend, this may also be where we get the phrase “tying the knot” from.  The shape of a pretzel is also thought to signify joined hands during prayer.

Today, pretzels are enjoyed as a snack and are a popular item on concession stands at carnivals, charcuterie boards, and all types of events. Hard pretzels are a relatively new invention, considered to have been first created in Pennsylvania by German immigrants.

For this reason, pretzels are so beloved to Pennsylvanians, that the Governor of Pennsylvania Ed Rendell established April 26 as National Pretzel Day in 2003. Also, Pennsylvanians eat more pretzels per capita than any other state in the United States.

Many believe that the pretzel was created by an Italian monk, who’d reward children for learning their prayers.

The intertwined loops of the pretzel symbolize love in some parts of the world.

Swiss and German immigrants introduce the pretzel to North America.

Pretzels By The Numbers

$550 million — the annual worth of the pretzel industry in the United States.

1993 — the year when Philadelphia opened a privately run Pretzel Museum.

1850 — The year when hard pretzels were first introduced in the United States.

12 — the number of times more that pretzels are consumed by the average Philadelphian as opposed to the national average.

What day is the Office Pretzel Day?

April 26 is National Pretzel Day. Pretzels were popularly featured in the third season of “The Office,” and have since become a tradition for every Dunder Mifflin fan.

Despite speculation, no one knows who started National Pretzel Day for sure.

What is Pretzel Sunday?

Pretzel Sunday, or ‘Bretzelsonndeg’, is a celebration of love taking place on the fourth Sunday of Lent. On this day, a man offers a pretzel to his lover as a token of his love.

Why We Love National Pretzel Day 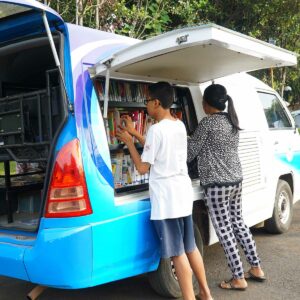