St. Andrew’s Day, celebrated on November 30 each year, is considered a national holiday in Scotland and across Europe. Known as the patron saint of Scotland, Romania, Greece, and many more European countries, St. Andrew was an apostle who not only introduced his brother, Peter, to Jesus but also helped Scottish King Oengus I win a crucial battle against Northumberland, securing Scotland’s safety. St. Andrew died a martyr and was crucified on a saltire, or an “X” shaped cross, in Greece in 60 AD.

Quite simply, St. Andrew, an apostle of Jesus, is the patron saint of Scotland. Thus, Scots have celebrated Andrew for over a thousand years, with feasts being held in his honor as far back as the year 1000 AD. However, it wasn’t until 1320, when Scotland declared independence, that he officially became Scotland’s patron saint. Since then Andrew has become part of the country. The flag of Scotland, the St Andrew’s Cross, was chosen in his honor. Also, the ancient town of St Andrews was named due to its claim of being his final resting place.
But why is he so important to Scotland?
The New Testament refers to Andrew as being with Jesus on some very momentous occasions. For example, Andrew told Jesus about the boy with the loaves and fishes, and when Philip wanted to tell Jesus about certain Greeks seeking Him, he told Andrew first. Andrew was present at the Last Supper; he was also one of the four disciples who came to Jesus on the Mount of Olives to ask about the signs of Jesus’ return at the “end of the age.”
Oddly enough — America plays a role in St. Andrew’s Day. A group of wealthy Scottish immigrants created the “St Andrew’s Society of Charleston” in South Carolina back in 1729. The organization’s actually the oldest Scottish society of its type in the world. It became famous throughout the region for assisting orphans and widows. Also, “The St Andrew’s Society of the State of New York” is the oldest charity of any kind registered in the state. Local Scotsmen, who were looking to help the poor and distressed, founded the group in 1756. From there, St Andrew’s societies have spread around the world.
St Andrew’s Day now ranks as one of three major dates during the winter period. Starting off Scotland’s Winter Festival each year on November 30, people across the country gather together to celebrate Andrew and share good times. The day is usually marked with a celebration of Scottish culture, including dancing, music, food, and drink, with parties going on until the early morning hours.

A seat at the table

St. Andrew was among the apostles present at the last supper which was a pretty plum reservation to get. Try the wine.

As an apostle of Jesus Christ, St. Andrew meets a similar fate — crucified in Greece in 60 AD on a saltire, or a 'X' shaped cross.

Although St. Andrew was revered in Scotland from around 1000 AD, he was not made an official patron saint until the signing of the Declaration of Arbroath.

Scotland and Northern Ireland recognize St. Andrew's Day as a bank holiday, giving all Scots the opportunity to celebrate in full force.

Why do we celebrate St. Andrew's Day?

St. Andrew, an apostle of Jesus, is the patron saint of Scotland. Thus, Scots have celebrated Andrew for over a thousand years.

This is considered Scotland’s National Day. This patron saint day was declared a bank holiday in 2006 by the Scottish Parliament although banks are not required to close if they do not wish to.

What do you eat on St. Andrew's Day?

How to Observe St. Andrew's Day

Why St. Andrew's Day is Important 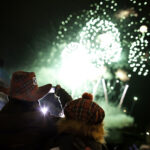 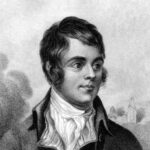