National Pluto Demoted Day is on August 24 and we are busting out our telescopes to get in the spirit of planetary study! Can you believe that after nearly 80 years as an official planet, Pluto was demoted down to a dwarf planet? In 2006 the International Astronomical Union (IAU) determined that since Pluto is not the dominant object in its orbit around the sun, it could no longer be an official planet. Other large bodies — like Pluto’s own moon, are found in its region.

Pluto was discovered in 1930 by astronomer Clyde Tombaugh, making it the ninth planet in our solar system. It’s a relatively cold planet that exists outside the orbit of Neptune.

After its discovery, Lowell Observatory had over 1,000 suggestions for what to name the newly found planet. The eventual winner was Pluto, named after the Roman god of the underworld.

In 1992, questions arose around Pluto’s legitimacy as a planet after the discovery of large objects in its region, including one that actually had a larger mass than Pluto itself. Eventually, in 2006, the International Astronomical Union (IAU) settled on a definition for ‘planet,’ which ultimately excluded Pluto. From that point forward, it has been known as a ‘dwarf planet.’

A dwarf planet is defined as is a celestial body that orbits the sun and has enough mass to assume a nearly round shape but that has not cleared the area around its orbit and is not a moon.

Pluto is first discovered by Clyde Tombaugh and is determined to be the ninth planet in the solar system.

Charon — the largest of Pluto’s five moons, is discovered by the United States Naval Observatory.

In 2005, Eris, another dwarf planet larger in mass than Pluto, is discovered in the Kuiper belt (a region of icy objects outside Neptune’s orbit, which includes Pluto).

How many moons does Pluto have?

Interestingly, Pluto has five moons in its orbit. They are named Charon, Styx, Nix, Kerberos, and Hydra.

Has a spacecraft ever made it to Pluto?

Yes! In 2015 the New Horizons spacecraft completed a flyby of Pluto and recorded important information and readings about the planet and its moons.

How big is Pluto?

Pluto is significantly smaller than planet Earth. With a diameter of 1,473 miles, it’s less than one-fifth the size of the Earth.

How to celebrate Pluto Demoted Day

5 Facts About Pluto That Will Blow Your Mind

Why we love Pluto Demoted Day 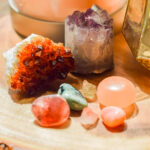 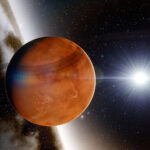 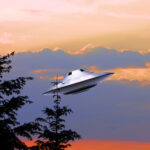