On National Knife Day on August 24, we celebrate one of humankind’s very first tools. This is the day to appreciate the knives that we use on a daily basis. Knives have been made of bone, stone, and flint, and today, they are made using titanium, bronze, iron, and steel. We use knives for cooking, eating, fishing, hunting, and a host of other tasks. The day is celebrated by showing off your chopping skills, buying a new set of knives, and even comparing and swapping your knives with other like-minded people. Doesn’t matter if you are a skilled fisherman or a chef, National Knife Day is a celebration for everyone who’s ever used the tool.

It is difficult to say who started National Knife Day or when they started it, but it seems like the celebrations have been in place since 2011. The knife is one of the earliest tools known to humankind, that was invented from the need for survival. Initially, knives were used as primitive tools for digging and construction, as weapons, and to hunt, fish, and gather food. Unlike today, it was common for prehistoric humans to carry a knife with them at all times. The first knives were made of stones as sharpened stone tools became more advanced during the late Lithic periods. During the Copper and Bronze Ages, metal blades appeared, which quickly replaced knives made of stone. However, these knives weren’t as durable as their predecessors.

During the Iron age, tools became stronger and more durable. Iron knives were followed by steel blades, and they have remained pretty much the same since then. Steel blades made of iron alloys are the most common today, while cobalt alloys and titanium are also popular choices. Early knives didn’t have a separate handle and blade. For decorative purposes and easy use, handles began being made out of carved bone, wood, and metal. Today, wood is one of the most popular materials used for knife handles. There’s also been an advent of a separate handle with the invention of folding knives. Knives serve a host of different purposes in the present day. We use knives to prepare and eat food, for medical purposes, and carving. There are various types of kitchen knives such as chef’s, utility, paring, and bread knives. Most knives are affordable to just about anyone, but there are high-end custom knives that sell for a whopping $400 or more!

The book outlines some innovative ways on how to win in a knife fight.

Why do we celebrate National Knife Day?

National Knife Day is the day to appreciate the knives that we use on a daily basis. This day is a celebration of this marvelous tool that has been with us since the dawn of time.

Is there a Knife Day?

National Knife Day is commemorated on August 24 of every year.

What is the use of a knife?

5 Facts About Knives That Will Blow Your Mind

Why We Love National Knife Day 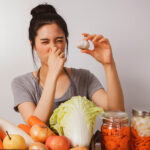