Qaumee Dhuvas means ‘National Day’ in the Maldivian language and is observed annually on the first of the third month of the Islamic calendar, identified as Rabi’ al-Awwal, and this year it’ll be observed on September 16. This public holiday is to celebrate the victory of Muhammad Thakurufaanu al-Auzam over the Portuguese occupation in the year 1573. The celebrations of Qaumee Dhuvas typically include route marches and parades on the streets of Malé, as well as on the islands. There would occasionally also be flag-raising ceremonies and fireworks to celebrate the day.

In 1558, the Portuguese, led by ‘Andiri Andirin,’ attacked the Maldives, killed the Sultan Ali VI of the Maldives, and instigated colonial rule. In 1573, Muhammad Thakurufaanu al-Auzam and his two brothers, Ali and Hasan, led a revolt when the Portuguese attempted to enforce Christianity on the Muslim islanders, with the death penalty for non-compliance. Al-Auzam killed Andirin with a musket shot, ending 15 years of colonial rule. He was then made Sultan, reigning for 12 years until 1585 as a reportedly just and considerate leader.

Al-Auzam was born on January 16, 1535, in Utheemu, the Maldives. He was the son of Island Chief Husain of Utheemu in Thiladhummathi Atoll and Lady Amina Dio of Ihavandhoo. Al-Auzam was the first king who formed a unified military body, which later evolved into the Maldives National Defence Force. He died a natural death on August 26, 1585, and he is considered the national hero of the Maldives. Qaumee Dhuvas is observed to commemorate his victory in driving out the Portuguese from the Maldives.

The Maldives is an archipelagic and Muslim-majority country located in the Indian Ocean. Islam was introduced by Muslim traders, and Maldivians converted to Islam by the mid-12th Century after the long Buddhist period in Maldivian history.

The Portuguese enforce Christianity upon the islanders, who have widely embraced Islam since the 12th Century.

Al-Auzam and his brothers use guerilla warfare for eight years to fight against Portuguese rule.

The End of Utheemu Dynasty

The Utheemu Dynasty, established by al-Auzam, ends after 127 years and 12 different sultans.

Who discovered the Maldives?

The Maldives is said to be first settled in the 5th Century B.C. by Buddhist seafarers from India and Sri Lanka.

What is the national food of the Maldives?

Can you drink alcohol in the Maldives?

Alcohol is prohibited for the locals in the Maldives. It is not sold in supermarkets or grocery stores, among other places.

5 Interesting Facts About The Maldives 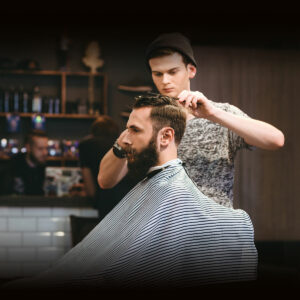