National Zipper Day is on April 29 and we are full of zip for this day! We take many things in life for granted and the humble zipper is one of them. Have you ever paused to reflect on how zippers play a huge role in our daily lives? Zippers come in apparel, purses, boots, etc. and are incredibly useful.

While the first occurrence of National Zipper Day remains uncertain, there is actually quite an extensive history behind this device that has a whole day dedicated to it. It is believed that Elias Howe may have invented the first zipper and got a patent for what he called the “Automatic, Continuous Clothing Closure” in the 1800s. However, neither did he market his product nor did he get any recognition for it.

In that same period, a “clasp locker” was introduced at the Chicago World’s Fair to fasten shoes. While it somewhat resembled Howe’s creation, it wasn’t the same and lost steam quickly. However, the company that manufactured it, the Universal Fastener Company, continued to be fully operational nonetheless.

A Swedish-American electrical engineer employed at Universal Fastener, Gideon Sundback, is credited with designing the modern zipper. He got the first patent for a “Hookless Fastener” on April 29, 1913, which was later developed into the “Separable Fastener”. It took a while to become popular as it was mostly a shoe fastener in the beginning after which the military started using the device during World War 1 for flying suits. Some manufacturers even used the device on tobacco pouches. Nevertheless, it was precisely a decade after this device received its first patent, that it would actually be called the ‘zipper’. The term was coined by B.F. Goodrich in 1923 because of the sound it made.

National Zipper Day helps to put the humble zipper back in the spotlight, even if just for one day.

The Automatic, Continuous Clothing Closure, the first version of the zipper by Elias Howe, receives a patent.

The clasp locker, used to fasten shoes, is introduced at the Chicago World’s Fair.

Another modified version of the original zipper, the Separable Fastener, is patented.

French designers use zippers in fashion, making them all the more popular after the idea takes off.

What is the purpose of the zipper?

“A zipper, zip, fly, or zip fastener, formerly known as a clasp locker, is a commonly used device for binding the edges of an opening of fabric or other flexible material, such as on a garment or a bag,” as defined by Wikipedia.

Why is YKK on every zipper?

“Those letters stand for ‘Yoshida Kogyo Kabushikikaisha’ which, from Japanese, roughly translates to ‘Yoshida Company Limited’. It’s a zipper manufacturer named after Tadao Yoshida, who founded it in 1934. By one estimate, the company makes half the zippers on Earth, which is more than 7 billion zippers each year,” according to “Insider.”

Who invented the Zipper?

Elias Howe invented the first version of the zipper and received a patent for what he called the ‘Automatic, Continuous Clothing Closure.’

5 Facts About Zippers That You Didn’t Know

Why We Love National Zipper Day 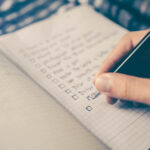 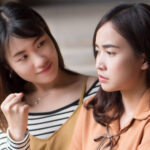