Day of Trees is observed in Colombia on April 29 every year, and Colombians celebrate the holiday by planting trees. Celebrated as Arbor Day in countries around the world, this tradition stretches back hundreds of years, to 1594, in the Spanish village of Mondoñedo. This village was the site of the first documented arbor plantation festival in history.

History of Day of Trees

The first instance of the modern tradition of Arbor Day also happened in Spain, in the small village of Villanueva de la Sierra, in 1805. This initially Spanish tradition soon began spreading across the globe. The first Arbor Day in the United States, for example, was held in Lincoln, Nebraska, on April 10, 1872, during an annual meeting of the Nebraska State Board of Agriculture. On that very day, more than a million trees were planted in the state. Arbor Day soon spread to such other countries as Japan, Canada, Australia, and Colombia.

Celebrated rather as Day of Trees in Colombia, this holiday is special to Colombians because of the country’s acute environmental issues. More than 50 countries across the globe now celebrate Arbor Day, with a mission to combat deforestation and the resulting climate change.

The Arbor Day Foundation has organized and helped streamline, improve, and encourage the observance of Arbor Day for more than half a century now. Formed in 1972, the A.D.F. works year-round to help the mission of planting trees across the world: it has collaborated with organizations to help maintain biodiversity in cities, counter deforestation, and help damaged trees recover. Individuals, communities, and organizations looking to further this cause can join the A.D.F. in its mission through its membership programs, fundraisers, and community tree recovery plans. The option to donate to the organization is available year-round, not just on or around Arbor Day.

The first modern Arbor Day is celebrated in Spain.

What does “arbor” mean in Arbor Day?

Is Arbor Day the same as Earth Day?

How to Observe Day of Trees

Why Day of Trees is Important 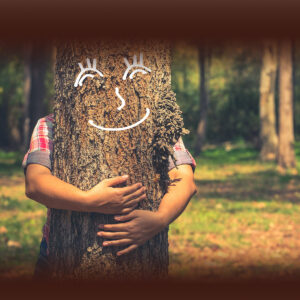