If you pride yourself on your organizational skills, then put a check mark next to National Checklist Day on October 30, a cherished holiday which keeps our lives together. The more complex our lives get, the easier it is to make mistakes. Today, we celebrate the humble checklist as the innovative tool that has stood the test of time.

Without checklists, we can feel like we’re juggling a bunch of balls in the air and trying to keep them from dropping. Even the simple things can be forgotten or go unnoticed — let alone the difficult or complex things that fill our day.  Although success in any endeavor is not guaranteed, armed with an organized checklist, you stand a better chance of achieving your goals.

So, is National Checklist Day the result of a reformed hoarder or the work of an obsessive compulsive freak? Definitely not! But you might be surprised to learn that checklists came out of a need to keep pilots safe during WWII.

The first checklist resulted from a crash that injured several people, killing at least two on a Boeing Model 299 B-17 plane in 1935. The 299 was heralded as the most state-of-the-art aircraft at the time. During the post-crash investigation, Boeing discovered that the pilot had forgotten to do a simple task — turn off the elevator lock. This simple omission caused the aircraft not to respond to pitch control, leaving the plane vulnerable.

According to a report by two university professors in a 1990 study, cockpit checklists serve several key functions in aviation safety, “… to ensure that the crew will properly configure the airplane for any given segment of flight” and to create “…standardization in the cockpit.” Also, memory of the safety procedures can never take the place of the actual checklist in aviation.

So, if a checklist can keep us flying safely in the air, what better way to keep our lives organized and running smoothly on the ground? American companies also use checklists as successful training tools. Now that you know the origins of the National Checklist Day, check that off your list and enjoy the rest of the day!

Aviation safety authorities and pilots create the checklist after a Boeing B-17 plane crashed during WWII, admitting that the complex nature of pilots’ work was too challenging to do by memory and required a more standardized way to ensure the safety of the aircraft.

In Baltimore Dr. Peter Pronovost, a physician and researcher at Johns Hopkins Hospital, creates a checklist to assist medical staff who use catheters to give blood or drugs to intensive care patients.

A surgeon publishes “The Checklist Manifesto: How to Get Things Right”

Writer and surgeon, Atul Gawande, writes a book detailing how surgeons and educators need checklists to help patients and students.

Thomas R. Hoerr, a Louis school administrator, wrote an article in an academic publication, “Educational Leadership,” which explored the different ways to innovate education by using checklists in instruction and to measure student progress.

How do I make a daily checklist?

Think about your daily routine and consider the order in which you do things and how long it takes to do them. Then, go check off each item as you accomplish it.

Who invented the checklist?

In the aftermath of a Boeing Model 299 B-17 aircraft crash in 1935, Boeing administrators and pilots came up with a way for pilots to make sure that all cockpit safety procedures were followed according to a checklist rather than relying on pilots’ memories.

Why is a checklist important?

A checklist encourages you to keep all of your tasks, whether daily, weekly, monthly or yearly organized as a way to be successful in everything you do.

Why We Love National Checklist Day 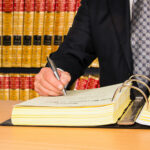 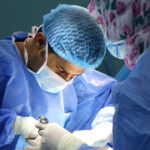