Mischief Night is on October 30, and we are ready to play pranks on folks around us in a healthy way. Enjoy it, have fun, and share a healthy laugh with everyone, even the subjects of your pranks. Entertain your neighborhood with silly, funny, and innocent pranks, strictly for laughs.

Mischief Night, an informal holiday, is celebrated by kids and teenagers in many parts of the United States, Canada, and the U.K. The night before Halloween, children play harmless pranks on neighbors or family members, to spread mirth. Steeped in folk tradition, the origins of the holiday are unclear. A legend has it that it started in England in the 1700s where kids used to play pranks on people a night before May Day. The earliest known reference to ‘Mischief Night’ was recorded in 1790 when a school play, which concluded with an ode to fun, mentioned Mischief Night in glowing terms.

An amusing thing about the holiday is the many names it is known by in various parts of the world. In Vermont and New Hampshire, it is traditionally called ‘Cabbage Night’ as, on this night, people would throw cabbages at each other’s homes as a prank. In Detroit and its adjoining areas, it’s infamously known as Devil’s Night. Some communities call it ‘Devil’s Eve’ or ‘Goosey Night.’ However, it is known as ‘Mischief Night’ in most locations in the United States.

The holiday started as a fun activity for kids and teenagers engaging in pranks and harmless practical jokes, but it came to be associated with severe vandalism and even arson in some places. This brought the holiday into disrepute, and soon, grown-ups started dreading the day as society started downplaying or even disowning it. Despite the mixed feelings about Mischief Night, it offers grown-ups an opportunity to bond with their young ones.

A school play concludes with an ode to fun and mentions Mischief Night in glowing terms.

The holiday is marked by severe acts of vandalism and arson, leading to the media dubbing it Devil's Night, and on that night in 1986, Detroit imposing a curfew for anyone less than 18 years of age.

Over 130 instances of arson are committed during Mischief Night in New Jersey.

In 2015, the Merseyside Police step in to tackle known trouble spots in Liverpool city on Mizzy Night, as the holiday is known there.

Is Mischief Night celebrated on the same day across the world?

America, Canada, and the U.K. celebrate Mischief Night on October 30 every year, while some parts of Northern England celebrate it on November 4. May 1 is Mischief Night in certain places too.

While other parts of the world have other versions of the holiday, Mischief Night is predominantly still celebrated in New Jersey, Delaware, and around Philadelphia. However, most Americans do not recognize Mischief Night.

Is Mischief Night the same as Halloween?

It is a pre-Halloween celebration that can sometimes be seen as a preparation for its more popular counterpart or a separation of the Halloween tricks from the treats.

Why We Love Mischief Night 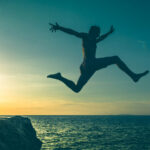