National Submarine Day is on April 11 and it celebrates the purchase of the USS Holland, the first modern commissioned submarine. This day is important to the submarine community as it honors the US Navy’s purchase of their first modern submarine, but life underwater isn’t all that glamorous. Often, crews are out at sea for months at a time and return when food supplies run low. Subs can be cramped with tedious tasks to complete daily, and some might not always be the best of friends with everybody on board. It’s not just enemies and the sea they have to contend with.

National Submarine Day celebrates the United States government’s purchase of the Holland VI, but it actually wasn’t the first submarine the US had. The USS Alligator was the first known submarine owned by the United States. On August 10, 1832, Brutus Villeroi completed work on his submarine, possibly called the Nautilus, and showcased his invention off the coast of France.

At that time, the submarine was known as a “fish boat” that measured 10 feet 6 inches in length and 3 feet 7 inches at the widest diameter. The fish boat submerged, reaching depths of 20 feet and it was an impressive display. In 1861, Villeroi designed the USS Alligator that the United States sank in the ocean on April 2, 1863, after losing a battle with a brutal storm.

On April 11, 1900, the US government purchased the Holland VI for $150,000 designed by Irish-American inventor John Phillip Holland and commissioned on October 12, 1900. It was commanded by Lieutenant H.H. Caldwell and deemed the first modern submarine with a host of impressive components all in one vessel.

It had dual propulsion systems, a fixed longitudinal center of gravity, separate main and auxiliary ballast systems, a hydrodynamically advanced shape, and a modern weapon system. It’s reported that the Holland VI was decommissioned on November 21, 1910, and marked an important breakthrough for the US Navy.

Senator Thomas J. Dodd introduced a bill to the US Senate in 1969 that would make April 11 National Submarine Day. President Richard Nixon was in office at that time and there were no records of his proclamation. It might have passed the Senate and introduced it to the house in 1970, but the exact date is unclear. All the same, the US Navy and other organizations celebrated the day that commemorated the Holland VI and the contributions to modern warfare it made.

The US Navy and other organizations celebrate the US Navy’s first modern submarine purchase, the USS Holland.

The Holland VI is officially decommissioned and struck from the Naval Vessel Register.

The US government purchases the Holland VI modern submarine for around $150,000.

The first submarine purchased by the US government, the USS Alligator, sinks in the Atlantic Ocean.

How long is a day on a submarine?

A submarine “day” lasts 18 hours and is split into three six-hour shifts. So a submariner may work for six hours and train, maintain equipment or sleep for 12 hours.

What is the point of a submarine?

They provide intelligence and underwater protection for surface ships and can detect and lay mines more efficiently than any other navy vessel. Submarines provide a means to land special forces in hostile regions and, if fitted with suitable weapons, can strike land targets.

How do submarines dispose of human waste?

“Sanitary Tanks” inside the pressure hull hold the wastewater from toilets, showers, etc and are usually pumped overboard. Submarines can also empty some of the sanitary tanks by pressurizing them and discharging them overboard.

How To Celebrate National Submarine Day

Why We Love National Submarine Day 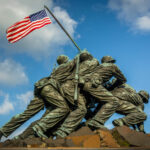