National Road Trip Day occurs on the Friday before Memorial Day in the U.S. (on the last Monday of May), so this year it falls on May 27, 2021. There’s a reason why ‘The Great American Road Trip’ is now a catchphrase — because the U.S. is the one country where road trips count as a holiday in themselves. Whether it’s to pay tribute to fallen national heroes by visiting war memorials across the country, or an excuse to get out of town and have a change of scenery; the road trip has been loved by Americans throughout history. From great works of literature inspired by the road to songs that we know and love — road trips mean something to everyone, which is why we are excited that the road trip has a special day of its own. Plus, who wouldn’t want to make the most of the long weekend by going out of town, and that’s where we come in, with tips to help you scratch that travel-bug itch.

National Road Trip Day became an official holiday in 2019, thanks to Pilot Flying J, the largest travel center operator in North America. They chose the Friday before Memorial Day because of the long weekend ahead and, with May being the start of summer, it kickstarts the travel season, too. Since travel stories are ingrained into the very history of America, with wagon trains heading out West in the 1840s and Native Americans exploring the country long before that — it makes sense to observe a day that celebrates travel by road.

The first recorded road trip across the U.S. began in 1903 with a bet. Someone bet Horatio Nelson Jackson (a physician and automobile pioneer) that he could not travel from San Francisco to New York City in less than 90 days. Accompanied by mechanic Sewall K. Crocker, and a dog named Bud, they set off in a 20-horsepower Winston to prove them wrong. Despite numerous mishaps, Jackson and Crocker completed the trip in 63 days.

By the 1930s, the famous Route 66 opened America up for cross-country travel. Many began to migrate West, while others took to the road for vacations. By the 1950s, America was the world’s largest car manufacturer, and nearly 75% of American families owned a car, which became a symbol of American pop culture. Road trips became the typical holiday of the American middle classes, leading to a boom in drive-ins and roadside motel businesses, too. Hippies in the ’60s then converted the road trip into a full-blown lifestyle, turning vans and buses into homes on wheels.

In the ’80s and ’90s, road travel dipped with the rise of air travel but, today, the road trip still has a special charm of its own. The ‘Great American Road Trip’ stands for the freedom and adventure that only the road can bring!

One of the first highways to span the width of the nation opens up.

What is the best road trip in the U.S.A.?

The eight most popular road trips in the U.S., according to HGTV are:

Are road trips worth it?

Yes, survey results often show that the top three reasons that people take road trips are: it’s more affordable than other forms of transportation, they have more control over their trip and the plans they make, and they like having the freedom to stop whenever and wherever they want along the way. For many people, it’s not just the destination that they look forward to, but the bonding experience during the trip as well.

Officially known as U.S. Highway 66, and popularly called ‘Route 66’, it was the first all-weather highway linking L.A to Chicago. Route 66 reduced the distance between Chicago and Los Angeles by more than 200 miles, which made it very popular among thousands of motorists who were heading West in the years to come. It was a benchmark in the government’s plans to build more highways and interstates to connect the nation. 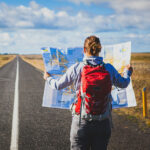 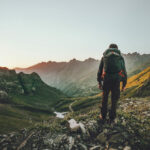