Sweeten your taste buds with a dose of delicious nutty fudge on National Nutty Fudge Day this May 12. Every piece of fudge tastes a little bit better with a small sprinkling of nuts on top, doesn’t it? That is exactly what this day represents, whichever flavor of fudge you prefer — chocolate, vanilla, or the more exotic ones. Held to honor this simple treat, nutty fudge day is all about the making (and eating, of course!) of nut-filled fudge. So come on and celebrate with us!

There’s a bit of back and forth about who first came up with this ooey-gooey dessert, or even why it is called ‘fudge’. While fudge is thought to be an American invention, its origins are as yet unclear. Multiple stories attribute the invention of fudge to a letter written by Vassar College student Emelyn Battersby Hartridge, about either her cousin or a schoolmate’s cousin, from Baltimore, Maryland. This letter referred to fudge the other girl had made and sold for 40 cents per pound. Hartridge got this recipe and proceeded to make 30 pounds of it for the Vassar College senior auction.

Another story revolves around a young apprentice caramel maker who was tasked with stirring the pot of caramel while his boss was out front serving the customers. Unfortunately, this pot of caramel was too grainy to serve by the time the boss returned. As the story goes, to avoid wasting the ‘failed caramel’ they let the customers have it. The customers were so in love with this dish, they named it after the apprentice who accidentally created it.

Yet another story credits a lecture as being the inspiration behind this dish’s creation. It was said that a Virginia college lecture on making coffee resulted in the students creating fudge by accident.

The history of the word ‘fudge’ itself has evolved over the centuries. First used as a version of the now obsolete ‘fadge’ (which means ‘to make suitable’ or ‘to fit’), the word was initially used as a verb, to mean ‘turn out as expected’ or to ‘merge together’. In later usage ‘fudge’ was still used as a verb but instead meant ‘to put together clumsily or dishonestly.’ This led to the exclamation ‘fudge!’ and then finally to the word as we know it.

Whatever the cause behind this word and the delicious treat, we are very glad to have it in our lives.

The Word ‘Fudge’ Gets Thrown Around

Records show the word ‘fudge’ starts being used around this time.

Earliest Record Of Fudge Being Made

A young student, Emelyn Battersby Hartridge, writes about her cousin's fudge recipe in a letter — this is the world's earliest record of the yummy dessert.

Hartridge takes her cousin's recipe to make 30 pounds of fudge for her college auction.

“The Sun” publishes a recipe titled ‘Fudges at Vassar.’

Certain shops on Mackinac Island, Michigan, begin to display a product similar to fudge — they sell it to summer vacationers.

What is nutty fudge?

To make nutty fudge, you mix sugar, butter, and milk, heat it to the correct temperature, and then combine it while it cools to a smooth, creamy consistency. Chocolate is the most popular form of fudge.

What is the secret to making creamy fudge?

“The trick to good homemade fudge is to cook the ingredients to the right temperature to form a sugar syrup and cool the mixture properly so the texture of the fudge turns out smooth and firm, but soft enough to cut,” according to Allrecipes.

“Penuche often has a tannish color and is lighter than regular fudge. It is formed by the caramelization of brown sugar; thus, its flavor is said to be reminiscent of caramel,” defines Wikipedia. 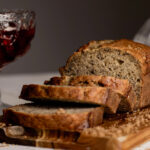