International Myalgic Encephalomyelitis Awareness Day, which falls on May 12 annually, sets out to educate and create awareness around a particular disease that is still relatively new and misunderstood. One of the main goals of this day is educating healthcare professionals, which is critical to ensuring that healthcare providers are prepared to diagnose and treat people with chronic fatigue syndrome (C.F.S) or myalgic encephalomyelitis (M.E.). The international awareness day was inspired by the life and legacy of Florence Nightingale, who was born on May 12 and suffered an illness similar to myalgic encephalomyelitis.

You may have heard of International Myalgic Encephalomyelitis Awareness Day, which takes place in May every year since its first observance in 1992 after being established by the ME Association in the United Kingdom. It has since become a global concern with millions of people worldwide suffering from the illness, with cases popping up everywhere from the United States through to Australia and New Zealand.

Symptoms are used to make a diagnosis because there is no reliable diagnostic test available. The fundamental cause of C.F.S or M.E. cannot be treated with approved therapy or drugs. Most of the time, the goal of treatment is to reduce symptoms. Most patients have drastically reduced their employment, school, and family commitments. Many people with chronic pain report sharp drops in their physical activity. The C.D.C. spreads knowledge by conducting research, conducting outreach programs, and actively listening to the M.E./C.F.S. community. As part of their dedication to M.E./C.F.S. outreach and communication, they also hold stakeholder engagement and communication calls twice a year.

Nightingale becomes bedridden and suffers from depression, yet continues her trailblazing healthcare and academic work.

Benign myalgic encephalomyelitis is classified as a nervous system disease by the C.D.C.

The ME Association in the U.K. establishes Myalgic Encephalomyelitis Awareness Week.

The C.D.C. establishes International Myalgic Encephalomyelitis Awareness Day on May 12 in honor of Nightingale.

People with M.E./C.F.S frequently refer to this as a crash, relapse, or collapse. During P.E.M., any M.E./C.F.S. symptoms, including difficulty thinking, sleeping problems, sore throat, headaches, dizziness, or severe tiredness, may worsen or appear.

How do you treat chronic fatigue syndrome?

Myalgic encephalomyelitis/chronic fatigue syndrome (M.E./C.F.S.) has no cure or approved treatment. Some symptoms, however, can be treated or managed. Some M.E./C.F.S.patients may benefit from treatment of these symptoms, while others may not.

Can you overcome chronic fatigue syndrome?

There is no cure for chronic fatigue syndrome at the moment. Dealing with extreme fatigue can be extremely difficult. You must collaborate with your healthcare provider to find treatments that might benefit you. Counseling or support groups may be beneficial to some people. 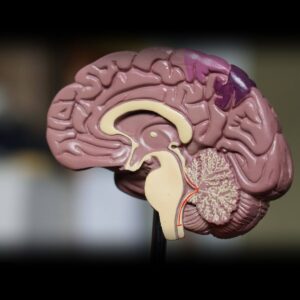