National Mary Day is celebrated on November 14 to acknowledge and commemorate all the ‘Maries’ in the world. For the fact that the name ‘Marie’ is one of the most popular girl names around the globe, this day is perhaps, one that millions of people would identify and be happy with. ‘Marie’ has been a household name on nearly all continents. Although it is not known as ‘Marie’ everywhere it is found, it takes other forms that aren’t so different, giving it the same sweet pronunciation and respect it commands!

National Marie Day isn’t even up to a year in the making, but its celebration will transcend millennia to come. This is because it aligns with the very popular and accepted name, Marie. ‘Marie’ is the French and Czech form of the Biblical name ‘Mary.’ It has been a common name in France since the 13th century and even peaked consistently as the most popular name there from 1900 to 1958. So much is the French love for the name that a male version, Jean-Marie, was adopted.

Many cultural or tribal variants of the name exist, such as the German ‘Maria,’ English ‘Mary,’ Swedish, Norwegian, and Danish ‘Mari,’ Arabian ‘Maryam,’ Croatian ‘Mia,’ Georgian ‘Marika,’ Hawaiian ‘Malia,’ and Hausa ‘Maryama.’ It also has a lot of diminutives that include, but are certainly not limited to Marianne, Marise, Mae, and Marijse. In the Czech Republic, it was the 18th most popular name in 2016 — a sad ranking compared to its consistent position as the 1st from 1935 to 1957. While Austrians adopted the name in the 1900s, they only showed their immense love for it in 2020, when it peaked as the most popular girl’s name. In America, interest in the name has been steadily decreasing since the start of the 21st century. The name’s highest ranking in America remains the seventh position in the 1900s. Additionally, ‘Marie’ has ranked well in Canada, the Netherlands, and Norway, particularly in the 20th century.

Notable bearers of the name include the widely acclaimed Polish scientist, Marie Curie, who pioneered studies in radioactivity. Mary Antoinette, the controversial last Queen of France before the French Revolution, helped to popularize the name. So do Japanese Marie Kondo and American author Heather Benedict Terrell, who wrote under the pen name Mary Benedict from 2016 to 2021.

Antoinette becomes the Queen of France when her husband Louis XVI ascends the throne.

Curie and her husband jointly win the Nobel prize in Physics with Becquerel.

A Drop in Ranking

'Marie' ends its 58-year reign as the number one girl's name in France.

The Japanese organizing consultant, Kondo, is listed in one of “Time Magazine's” 100 Most Influential People in the world.

Marie Curie discovered the radioactive elements polonium and radium and isolated a pure form of radium.

Is Marie a boy or girl name?

‘Marie’ is a girl’s name and isn’t associated with boys unless in France where it takes the coined form, Jean-Marie, and in other diminutive forms such as Marion, Marius, and so on.

Is the name 'Marie' in the Bible?

The name ‘Marie’ is a stand-out name found in the Bible, but not in that form. Rather it is found as ‘Mary.’

5 Facts About The Name 'Marie'

Why We Love National Marie Day 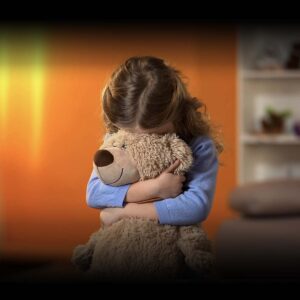