National Loving Day is on June 12, and the name for this day is an interesting one. The holiday is, of course, about spreading love but, ironically, it also references the names of Mildred and Richard Loving, who fought against the laws confining them and everyone else from marrying interracially.

Love is celebrated beyond race and color on National Loving Day on June 12.

‘The freedom to marry, or not marry, a person of another race resides with the individual, and cannot be infringed by the state.’

It is hard to imagine now that there was a time when this statement wasn’t true. The opposite of this was the reality in America. Every June 12, we honor the United States Supreme Court’s 1967 decision to strike down laws in several states that banned interracial marriage. The decision was sparked by Loving v. Virginia, a court case involving Richard and Mildred Loving, an interracial couple from Virginia who married in 1958.

Mildred and Richard started off as childhood friends and, over the years, their friendship developed into love. On her 18th birthday, in 1958, Mildred was married to Richard in Washington, after which the couple returned to their hometown. Two weeks later, they were arrested by authorities. The two were unaware that the state where they resided considered interracial marriage to be illegal. Pleading guilty, the Lovings agreed to leave Virginia.

After moving to Washington D.C., the couple pursued legal action by writing a plea to Attorney General Robert F. Kennedy. The case was forwarded to the American Civil Liberties Union and, eventually, the ruling was in the Lovings’ favor. Richard and Mildred returned to their home in Virginia, where they settled with their three children. The couple fought back against the laws that forbid their partnership and ultimately won the right to marry. Richard and Mildred’s determination changed the lives of millions of Americans and shaped the future of relationships in the country.

From June 12, 1967, onward, Americans were no longer prohibited from marrying someone they loved solely because they were of different races. At the time of the Supreme Court’s decision, 16 U.S. states still forbade interracial marriage, so the ruling was a necessary game-changer. The holiday was not created until decades after the decision, in 2004. It was launched by Ken Tanabe, who grew up in an interracial family with a Japanese father and a Belgian mother. He launched the holiday in hopes that the day of celebration would bring together multiethnic families from around the world.

‘There can be no doubt that restricting the freedom to marry solely because of racial classifications violates the central meaning of the equal protection clause.’

Mildred and Richard Loving get married.

A court ruling by the Supreme Court is passed, making it illegal for any state to enforce laws that prevent interracial marriage.

Belonging to a mixed-race family, Ken Tanabe got inspired by the Lovings to create National Loving Day.

A film based on the Loving v. Virginia case is produced, titled “Loving.”

Is your anniversary coming up? Get creative with one of these gifts. 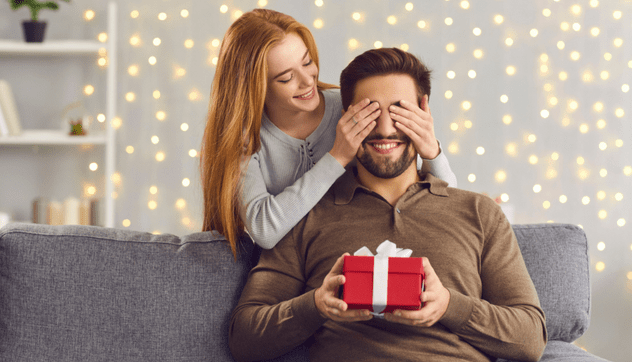 These gifts will make his heart skip a beat with excitement.

Getting a gift for your partner on a themed celebration like the 8-Year bronze wedding anniversary can be tasking, but we are here for you.

National Loving Day is all about celebrating love beyond boundaries. The Lovings set a precedent, and have been a symbol of love against all odds for many. Their love story is cherished, with interracial married couples sharing their stories online as an inspiration to others.

Messages on love and intermarriages are encouraged and shared online, and support is extended to people from different ethnicities who wish to marry someone who doesn’t share the same background as them. Watching movies centered around love stories between people from different backgrounds are watched on this day, and discussions on the topic of intermarriage are held on various social media platforms.

Mildred and Richard Loving got married on June 2, 1958. The couple is deceased now.

What year was Loving versus the state of Virginia?

In 1967, the Supreme Court ruled a 9-0 decision in favor of striking down anti-miscegenation laws that forbade the legal union between people of different races.

When did Mildred Loving get married?

Why We Love National Loving Day