Each year both America and South Korea observe National Korean War Veterans Armistice Day on July 27. This day was started as a way to commemorate and recognize the peace treaty that triggered a cease-fire in a long-standing war. The Korean War is a significant chapter in American history in which approximately 50,000 American troops died in the conflict, over 100,000 were wounded, and thousands of others were held captive as prisoners of war. On National Korean War Veterans Armistice Day we are encouraged to take some moments for reflection on the service and sacrifices of American troops during this conflict.

The Korean War lasted for three years — from June June 25, 1950, to July 27, 1953. The service members of the war had to overcome unique risks and experiences that set them apart from previous generations of veterans. The National Korean War Veterans Armistice Day presents us with the opportunity to remember and honor the service of these men. After being colonized by Japan, the southern part of the Korean peninsula was liberated soon after World War II. With the support of the Soviet Union, communist North Korea invaded democratic South Korea in 1950. In the wake of these events, America deployed troops to support South Korea to keep the land that was truly theirs and protect the nation’s democratic interests. After three years, an armistice was signed and the two Koreas have since then remained divided.

The fighting resulted in more than 36,000 casualties for America and more than 103,000 service members were wounded in action. The US Department of Veterans Affairs says that the extremely cold climates during the Chosin Reservoir Campaign in the winter of 1950 posed serious risks to those serving and accounted for more than 5000 American deaths. The temperatures dipped to 50 degrees Fahrenheit with a wind chill of -100 degrees Fahrenheit! This meant that the Korean War veterans are more likely to face health issues such as trauma to the nervous system, skin, and muscles, vascular conditions, foot-related injuries such as trench foot, frostbite scars, and skin cancer as compared to veterans of other wars. These veterans may have also been exposed to hazardous substances such as asbestos, polychlorinated biphenyl, and ionizing radiation during this long war. These substances are responsible for certain illnesses and cancers long after exposure. In fact, the nature of this exposure can be so serious that may be passed down to the next generations.

Guerrillas profess support for the North Korean government in April 1948.

How many Korean War veterans are still alive in 2019?

As many as two million Korean War veterans are still alive as of 2019.

Is there a Korean Veterans Day?

National Korean War Veterans Armistice Day or Korean Veterans Day is observed each year on July 27. The day honors the sacrifices of Korean War veterans and their families.

Do Korean War veterans get a pension?

Korean War Veterans may be eligible for a wide variety of benefits available to all American military veterans. These benefits include disability compensation, pension, education and training, health care, home loans, insurance, vocational rehabilitation and employment, and burial.

5 Facts About The U.S. Army That Will Blow Your Mind 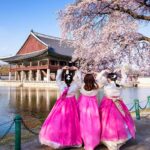 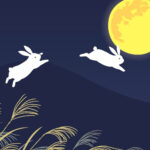 Take Your Pants for a Walk Day