National Flag of Canada Day is observed every year on February 15. This day marks the inauguration of the present flag of Canada with the red maple leaf. The flag signifies the common values that unite all citizens of Canada — equality, diversity, and inclusion. On this day, you might see the Canadian flag waving in glory from building tops and people distributing miniature flags on the streets. Some people prefer wearing pins in the design of the flag to honor this occasion. In many schools, special lessons are delivered on the history of the flag and its significance. Let’s dive a little deeper to find out more about this auspicious day.

The history of Canada’s red and white maple leaf flag is quite eventful. You might be surprised to know that it hasn’t been around for all that long. Although Canada’s quest for a national flag had begun in the late 19th century, the current version of the flag only emerged during the 1960s.
Even after Confederation in 1867, Canada showcased the royal union flag of the United Kingdom as its own. By the 1870s, the Red Ensign — a combination of the Union Jack and the shield of Canada — began to be used unofficially as a national symbol. As the nation started growing, its people felt the need for distinct symbols to represent their nationality. In 1921, King George V granted Royal Arms to Canada, and this found its place on the Red Ensign. This new version was used as a patriotic emblem during World War II.

In the following years, several protests were carried out, with a number of Canadians losing their lives in the struggle. Then, in 1960, Lester B. Pearson, the leader of the opposition, decided to put an end to the problem of the flag. This eventually led to the Great Flag Debate which ended in the approval of the present design of the Canadian flag. George Stanley was the person behind the design, which features a stylized red maple leaf on a white surface flanked by red borders.

The new flag became official after Queen Elizabeth II proclaimed it on January 28, 1965. On February 15 that same year, it was hoisted on Parliament Hill at the stroke of noon. That’s how the maple leaf flag came into being!

Queen Elizabeth II proclaims Canada’s iconic flag with its red and white stripes and it is raised for the very first time.

The Flag is Hiked Up Mount Everest

The Canadian flag travels to the highest peak in the world — Mount Everest — with mountaineer Laurie Skreslet.

The National Flag of Canada takes its first flight to space on NASA’s space shuttle, Challenger.

The Recognition of Patriotism

Stephen Harper, the Prime Minister of Canada, observes National Flag of Canada Day by presenting the flag to two citizens for their honorary contribution to the military.

What is the purpose of the National Flag of Canada Act?

The purpose of this piece of legislation is to encourage Canadians to display their national flag.

The Canadian flag has two vertical red stripes on either side with a white block in the middle. A red maple leaf is depicted in the white block.

What is the meaning of Canada’s flag?

The red-and-white ensemble with its maple leaf represents Canada’s cultural heritage as well as the nation’s values of hope, peace, and neutrality.

5 Important Facts About The Canadian Flag

Why We Love National Flag of Canada Day 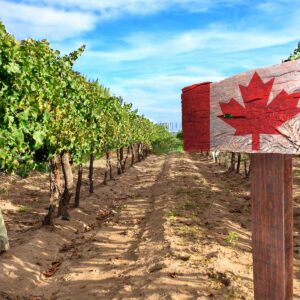