Enjoy a cup of foamy deliciousness on November 8 as we celebrate National Cappuccino Day! Double espresso, steamed milk and foam. It’s amazing that these simple ingredients can make us so happy! Start the day with a steaming mug of frothy cappuccino, or wind down after dinner with a hot, relaxing cup alongside a rich dessert.

Before we delve into the history of that fantastic morning wake-me-up, the cappuccino; let’s go through some basics. Espresso coffee forms the base from which cappuccinos are made. Espresso results from a highly-pressurized process which forces hot water through dense, tightly-packed grounds resulting in less than an ounce of an incredibly strong brew with an earthy taste and rich aroma. Cappuccinos are made from espresso, hot milk and lots of foam.

There’s an unverified legend that a 17th century monk named Marco d’Aviano first created the cappuccino after the Battle of Vienna in 1683. Many historians conclude that cappuccinos do originate with a subset of the Catholic Church’s friars, the Capuchin monks around that same time. But coffee being the global drink that it is, has always found a place in Vienna. By 1805, an early version of the cappuccino, also known as the “kapuziner,” starts to appear in Viennese coffee houses. These drinks were “coffee with cream and sugar.” But the name, cappuccino, is descriptive.  It refers to the deep, brown color of the hooded frocks or “cappuccini,” worn by 17th century Capuchin monks in Italy.

Later, in 1901,  Italian inventor, Luigi Bezzera, filed the first patent for an espresso machine. That created wide demand for the delicious drink but only a few restaurants could make cappuccinos because the machines were bulky and not easy to use.  However, after WWII, technical improvements made espresso machines easier to use and their popularity spread throughout Italy and other parts of Europe and the world. The rest is frothy, espresso-infused history.

In the United States, cappuccino reached the zenith of its popularity due in large part to Seattle and Starbucks. Although we honor National Cappuccino Day, no organization or person has stepped up to claim its creation. Still, we appreciate a wonderful part of our morning routine. Enjoy!

​​The early cappuccino was born

The earliest versions of cappuccino were recorded during the Battle of Vienna.

​​As we call it today, this drink was first documented in Italy as a coffee topped with whipped cream and sprinkled with cinnamon or chocolate.

​Cappuccinos take on a new form

​​As the coffee shop trend catches on, so does the love and consumption of cappuccinos.

Where was cappuccino invented?

Cappuccinos really get their start in Viennese coffee houses in 1805 but there are unsubstantiated reports that the first cappuccino was created by a 17th century Italian monk after the Battle of Vienna in 1683.

When did espresso get popular?

When is National Cappuccino Day observed?

National Cappuccino Day occurs every November 8. So brew up some espresso, steam that milk, and enjoy this frothy treat.

​​4 Delicious Alternatives For The Cappuccino Enthusiast

Why We Love ​National Cappuccino Day 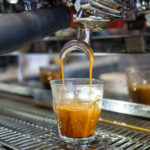 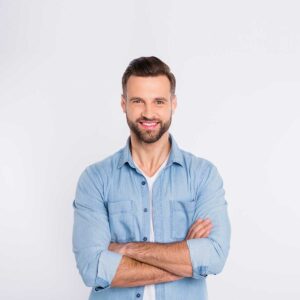