May 24 is National Brother’s Day, so call your brother and tell him you love him, even though he’ll say you‘re weird afterwards. When you were younger, you argued over LEGOs or whose turn it was to sit in the front seat. Yet in some strange way, those childhood squabbles served to make you closer over the years.

Your lovable but insufferably annoying brother gets his own day on National Brother’s Day on May 24. You love ’em, you hate ’em; they can often be your nemesis, especially when they poke fun at you in front of your crush. But we know they’ll pull through for you when needed and they love you just as much as you love them (although they may never admit it).

“Sometimes being a brother is even better than being a superhero.”– Marc Brown, author and illustrator of children’s books.

The word ‘brother’ stems from the Latin root ‘frater’ and the Proto-Germanic word ‘brothar,’ which itself comes from the Proto-Indo-European root ‘bhrater.’ Regardless of origin, both in words and in blood, our brothers have our backs over and over again. They’re our closest friends and, sometimes, the most annoying people we know. But we love them anyway. Even some of the most famous people in history had brothers to lean on and be annoyed by.

Brother’s Day has been celebrated on May 24 since the year 2005. Although the exact details of the holiday are unknown, it was Alabama-based C. Daniel Rhodes who had first organized the holiday and its proceedings. In some regions, National Brother’s Day is an unofficial holiday. It is not to be confused with National Siblings Day, which takes place in April. You are lucky if you are blessed with having a strong unbreakable bond with your brother. Fortunately, there are other people who can sometimes fill the void of a brother in our lives and serve as one to us, like a cousin, brother-in-law, or a friend. In fact, everyone should have that one brotherly person in their lives who they can count on for some sincere advice or who can get them out of a pickle. For all their quirks and annoyances, a brother is sometimes your best secret keeper and will never expose you or leave you behind. Feel free to go all out on this day with the mushy stuff in expressing your affection for your brother and his importance in your life.

Brotherhood is also very strong among men. Whether it is a blood relation or not, men take their ‘bro code’ VERY seriously. Really, there isn’t much that can ever come between a strong brotherhood in the long term. This theme has inspired countless movies, books, paintings, plays, and TV series like the aptly named “Band of Brothers.” History has many distinguished brother duos and groups. Stories told by the Brothers Grimm are famous to this day, and advancement in flying and aeronautics wouldn’t have been possible without the Wright brothers putting their minds together.

National Brothers Day is mostly observed in the United States, but many other countries around the world also acknowledge the day. Australia, Russia, Asian countries like India, and European countries like France and Germany all celebrate brothers on May 24.

“When brothers agree, no fortress is so strong as their common life.” – Antisthenes, Greek philosopher and star pupil of Socrates.

A band of brothers

33% – the percentage of free time siblings have spent together by the time they reach the age of 11 years old.

10 – the number of hours children spend with their siblings per week.

17 – the number of hours children from large families spend with their siblings per week.

½ – the portion of all siblings who go on to share the same level of educational- and economic success.

51% – the percentage of all newborns in the U.S. who are boys

65% – the percentage of mothers who claim to have a favorite child — typically the oldest one.

70% – the percentage of fathers who claim to have a favorite child.

3½ – the number of times in an hour that siblings aged between 3 and 7 years old get involved in fights.

390 – the number of families who participated in a research study that found younger siblings are more rebellious and aggressive than older siblings.

8 – the average age at which children start being bullied by their siblings.

If today is May 24, then you’re in luck, because it’s National Brothers Day! Wow, what excellent timing!

In 2020, Brothers Day lands on a Sunday. The perfect day to take your brother out after work for some beers and laughs!

Is Brothers Day celebrated in India?

Though India does not celebrate a Brothers Day, they do celebrate the Hindu Holiday Raksha Bandhan, which acknowledges the bond between brothers and sisters, much like our National Brothers and Sisters Day on May 2!

5 MOST POWERFUL BROTHER BONDS IN HISTORY

Why We Love National Brother's Day 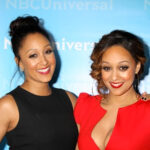