The first Friday the 13th of the year, which is September 13, 2024, marks National Blame Someone Else Day. Don’t we blame that day for anything that goes wrong anyway? If you must leave the house today, go ahead and plan your best stories of how someone else (or some thing) may be at fault for whatever happens. We’ve all had plenty of practice so it shouldn’t be a wildly daunting task. But, read on if you need a little more inspiration!

History of National Blame Someone Else Day

Blaming others goes way back. In fact, it started with the first couple when Adam blamed Eve for the entire apple-indulging incident. He even took it a step further to blame God, since, after all, God did create Eve. Clearly, this would not have happened if God hadn’t made woman. Adam sure is a tough act to follow but plenty of people have attempted to raise that bar in blaming others throughout the centuries.

National Blame Someone Else Day began one Friday the 13th in 1982 when Anne Moelle’s alarm clock failed to go off resulting in a full day of bad luck. So, now we have the opportunity to enjoy an entire day of blaming people for any and everything that is, has, or will go wrong.

There are two camps of people when it comes to blaming others, those who like to joke around with the most ludicrous tale as to why something isn’t their fault and those who are totally unable to accept responsibility for things going sideways in their life. Actually, most of us are likely somewhere in the middle of that spectrum. Read on to see where you may fall.

National Blame Someone Else Day timeline

William Tyndale created the word “scapegoat” when he described a Jewish Day of Atonement ritual where a priest laid the sins of the people on one goat to carry the rest of its life in the wilderness; the goat bore the blame for others.

The Devil made me do it

While Eve could take full credit for this phrase, it was popularized by comedian and actor, Flip Wilson, in the 1970s.

Blame it on the rain

German pop-duo, Milli Vanilli, encourages the subject of their #1 hit, “Blame it on the rain, yeah, yeah.”

In the medical world, Patient Zero represents the first person confirmed to have a new disease; sometimes referred to as a “medical scapegoat.”

National Blame Someone Else Day FAQs

What prompts people to always blame others?

People blame others as a defense mechanism referred to as psychological projection in the medical world. People deny the existence of their own positive or negative qualities impacting their life and, instead, attribute the issues to others.

What are some indications I am blaming others?

Listen to things you say or pay attention to how you perceive situations. For example, if you rationalize your behavior today resulted from the actions of others, you may be in blame mode.

How can I deal with a blamer?

If you find yourself face to face with a blamer, don’t take what they say personally; it is highly likely they blame others and you are not the first person to deal with their blame. To work through it, put yourself in their shoes and don’t get defensive.

National Blame Someone Else Day Activities

WHY WE LOVE NATIONAL BLAME SOMEONE ELSE DAY

National Blame Someone Else Day dates 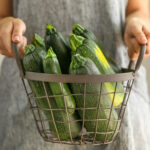 National Sneak Some Zucchini Onto Your Neighbor's Porch Day