International Blessings of The Fishing Fleet Day is observed annually on the first Sunday in October, on October 2 this year. This festival’s main aim is to bless the fishing fleet right before the fishing season begins. People pray for a fruitful season and the safe return of everyone on the fleet. Some people in the fishing community even ask local clergy to bless the rock lobster pots they created, in private ceremonies. Versions of this celebration are held globally on different dates, although the purpose essentially stays the same.

History of International Blessings of The Fishing Fleet Day

This event has been around since ancient times and was first recorded in the places around the Mediterranean fishing communities, according to multiple sources.
One story mentions a ship of Sicilian crusaders who brought a beautiful statue on board. When beset by a terrible storm, their ship landed safely at an Italian fishing village called Molfetta, in the southeast-Italian region of Puglia. They believed the statue was the reason for their survival, and they built a sanctuary for it as a tribute. They celebrated this event, asking for continuous protection when they sailed, and the International Blessings of The Fishing Fleet Day was born. This event — called ‘Feste della Madonna dei Martiri’ (Martyrs) — spread around Italy, and later, the world.

Before Christianity, local priests or holy men would give these blessings. Over time, this event became associated with the Catholic Church. Following Catholic tradition, some communities hold the event on Mother’s Day in a tradition that originated from England. Held in honor of Our Lady of Fátima, who is the patron saint of Portugal and mothers in their parish, this celebration sees people decorate her statue with ferns and fresh red and white flowers — red for living mothers and white for the deceased, with a decorated anchor placed at the foot of the statue.

The more traditional celebrations also include dropping an anchor into the water in memory of the deceased fishing folk from that community. As immigration increased, Catholic immigrants took this celebration with them to their new homes. As it spread, this event took on different rituals and traditions that varied according to the community. Today, the ceremony is held by people of any denomination, depending on the area where the blessing is given. These blessings also vary as per the community. Traditional blessings are given to the fishing community. Sailing communities and pleasure boaters get blessings for calm waters, sunshine on the bows, and the wind beneath their sails.
The celebrations around this day range from small-scale religious masses, contests, and feasts to large-scale parades.

The Origin Story (One Version)

The observance has its roots in a Sicilian crusade ship that hailed a statue for its safe passage through a storm; the subsequent tribute and celebration to ask for blessings from this statue launches this event.

Blessings by the Navy

The Navy Memorial blesses the water in its fountains with the water from the Seven Seas and the Great Lakes.

Blessings of the Feast in Australia

The celebration of this event increases in the post World War II period, because of the affluence of Australian fishing communities.

What day is Blessing of the Fleet?

This day is primarily held on the first Sunday in October. Other countries — like Portugal — have held it on Mother’s Day and some even hold it on Easter Sunday.

Where is Blessing of the Fleet?

This day is celebrated globally and nationally too. Countries like Italy, Australia, New Zealand, Spain, and certain fishing communities across the U.S. celebrate this event.

What is the Blessing of the Fleet ceremony?

As per the ceremony, boats parade past the dock while local clergy, priests, or holy people pray for a safe and fruitful fishing season.

How to Observe International Blessings of The Fishing Fleet Day

5 Ways International Blessings Of The Fishing Fleet Day Is Celebrated

Why International Blessings of The Fishing Fleet Day is Important 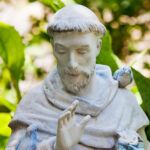