Every year on the first Sunday in October, on October 2 this year, Christians around the globe celebrate World Communion Sunday. It is a day to remember that Jesus Christ is the Head of the Church and that every Christian Church and any denomination that promotes Christian unity are one. On this day, people draw faith and inspiration from seeing that they are part of a community that boasts millions of believers and worshippers.

John A. Dalles, a pastor from the Presbyterian Church in the United States of America (PCUSA), researched the history of this day. The origin of this day is a brainwave that came to Dr. Hugh Thompson Kerr, pastor of Shadyside Presbyterian Church in Pittsburgh. He came up with this idea in 1930 when he served as moderator of the General Assembly. Dr. Kerr’s younger son, Rev. Dr. Donald Kerr, himself pastor emeritus of the Roland Park Presbyterian Church in Baltimore, stated that World Communion Sunday arose from the celebration at the Division of Stewardship at Shadyside. His father had attempted to bring churches together in service of Christian unity, and the idea grew from there.

Initially, this idea did not take hold. Whatever celebrations there were grew only incrementally, and people did not give this day a lot of thought. With the Second World War came an increased understanding of one’s own mortality, and the spirit of this day caught hold. This day symbolized the effort of bringing the world together, in a spiritual sense, thought Kerr. This celebration was adopted in the U.S., in the period during World War II, and soon, the organization, now known as the National Council of Churches, started endorsing and promoting the event to churches worldwide, led by their leader, Jesse Moren Bader.

Many celebrations revolve around the ‘Last Supper’ theme when Jesus Christ broke bread with his disciples right before he was betrayed by Judas. People even partake in the universal Christian practice of baking bread.

Today, this day is celebrated the world over, bringing together the unique flavor of all denominations with a strong individual spirit, just like the world we live in.

The Idea is Born

Accounts state that pastor Dr. Hugh Thompson Kerr, while serving as moderator of the General Assembly, conceives the notion of uniting all churches for a celebration.

Our Day is Celebrated

The U.S. Presbyterian Church, along with other countries, first adopts the practice of annually celebrating World Communion Sunday from this day.

Celebrations of our Day Become Widespread

The independent news publication for the PCUSA, Presbyterian Outlook, prints the history of World Communion Sunday; this is later reproduced by then-PCUSA pastor John A. Dalles, in his blog.

What is World Communion Sunday 2020?

Yes, Eucharist is another name for the Holy Communion. It is also called Mass, the Lord’s Supper, or the Divine Liturgy.

What does communion mean in the Bible?

As per the Bible, communion is a Christian sacrament in which consecrated bread and wine are consumed as memorials of Christ’s death or as symbols for the realization of a spiritual union between Christ and communicant or as the body and blood of Christ.

How to Observe World Communion Sunday

Why World Communion Sunday is Important 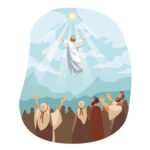