Fiesta de Santiago is commemorated on July 25 in Nicaragua. It is the primary religious festival held in honor of the Santiago Apostle. The event occurs annually in the country; many people participate in the festivities. The festival celebrations usually begin on July 19 and end on July 28. You can experience processions full of the religious fervor of the settlers during the festival. Part of the tradition is the image, which is paraded on a white horse, evoking the battle that the Apostle Santiago had against the Moors. People sing traditional songs and dance to the sound of the philharmonic bands.

Fiesta de Santiago in Nicaragua is an important Holliday held annually to honor Santiago Apostle. The festival has developed an extensive religious, artistic, and cultural program. It usually includes novenaries of masses, prayers, and candles of the Holy Rosary. There are also many fun activities, such as traditional bullfights, ribbon races, and folkloric carnival. People can also participate in craft fairs, pet parades, and dance parties. These festivities hold in communities of the municipality on different dates of the year in honor of patron saints. These saints include the Virgin of Fátima in the south coast sector and San Rafael Archangel in Puerto Sandino. Also honored are San José in Calle de Los Besos and Santo Domingo in La Trinidad and Copaltepe.

In many towns in Nicaragua, religious festivals hold. General Zelaya defeated his enemies in Nagarote, in 1896, during the uprising of the Liberals. He had the help and protection of Patron Santiago. General Zelaya handed over the uniform of the soldier, the epaulets of his rank, and the distinctive saber of power and authority to Santiago Apóstol. He named him Captain General. The revered image displays the original characteristic of wearing a military costume. Usually, people receive the Patron Saint’s image with great enthusiasm.

In 1993, the idea arose of making replicas of indigenous articles ― they used the wood of the legendary tree. Some of the objects made included a sculpture of Cacique Nagrandano, in natural size, and that of the Indita de Nagarote. They also made pre-Columbian vessels and weapons used by the Indians and the Spanish during the colonial era.

The British cede control over the country's Caribbean coast.

The U.S. establishes military bases in the country.

In the 21st century, Nicaragua has become politically stable despite its past political turmoil.

Is Nicaragua a tourist destination? 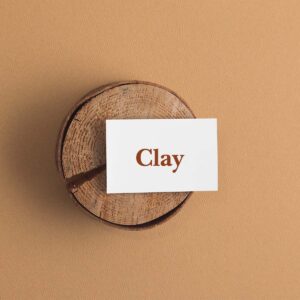