English Language Day is celebrated on October 13 to commemorate the day Parliament was opened for the first time by a speech in English, in 1362, rather than in French. The day also celebrates the universality of the language, and how it has evolved over the centuries. Scholars believe that there is no true version of the language, as over 7,000 variations of English can be found in the world right now. English has also adopted many words from other languages. Other than speech, English has also become the primary language for movies and TV shows, literature, and music.

The English Project launched the world’s first-ever English Language Day on October 13 in 2009. English Language Day is celebrated to commemorate October 13, 1362, when Parliament was opened for the first time by a speech in English, instead of French. In the same Parliament, a Statute of Pleading was approved that allowed members in debate to use the English language. This made English the official language of law and law-making.

English is a vast language. There are more than 250,000 words in an Oxford Dictionary — minus a lot of technical, scientific, and slang words. English is probably the only language with as many synonyms for many of its words, largely because of its enormous absorbing capacity — borrowing words from as many languages as possible, including German, Greek, Portuguese, French, Latin, and even the language of the colonies where it became widespread. Years of colonialism meant that English now also had words from Asian, the Caribbean, and African cultures. The English language has always been eager to adopt and adapt words and phrases from other languages. The willingness to adapt itself is probably what makes English so different from other languages, such as French.

The English language is easily the most broadly used and spoken language on the planet, and it enjoys a good reputation for adapting words, concepts, and cultural influences from around the world. This adds to the language’s enormous vocabulary, one that is full of odd rules, spellings, and grammar. English Language Day remembers and celebrates the incredible popularity of the language and even its eccentricities!

The English used by William Shakespeare begins to develop.

Proper modern English similar to that spoken today, is in place.

Samuel Johnson publishes the Dictionary of the English Language.

Why is English Language Day celebrated?

English Language Day is observed to celebrate multilingualism and cultural diversity by exploring the language.

How many countries speak English as a first language?

English is recognized as an official language in a total of 67 different countries, as well as 27 non-sovereign entities.

What is the oldest language on earth?

As far as history goes, Sanskrit stands as the first spoken language because it dates to as far back as 5000 B.C. Yet new information indicates that although Sanskrit is among the oldest spoken languages, Tamil dates further back.

How To Celebrate English Language Day

5 Facts About The English Language That Will Blow Your Mind

Why We Love English Language Day 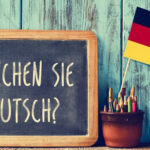 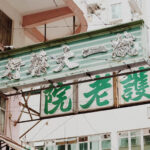