Chester Greenwood Day, also known as Earmuff Day, falls on the first Saturday of December each year. This year, it’s on December 4. Yes, there’s a day for that! Every year, the town of Farmington in Maine celebrates its famous resident. Greenwood first designed the earmuff when he was 15. He came up with the idea so his ears wouldn’t catch frostbite while ice skating. With a little help from his grandmother, the first earmuffs were born — tufts of fur sewn between loops of wire! The rest is history.

Chester Greenwood grew up in the town of Farmington in Maine. We know Maine gets cold in the winter, but the average temperatures were significantly harsher during the 19th and 20th centuries. The local ponds would regularly freeze up. Like every other teen, Greenwood looked forward to winter days and ice skating with friends and family. Although he loved the sport, Greenwood couldn’t stay out on the ice for too long because he found that his ears were more prone to frostbite than others. At the time, most people wore wool caps with ear coverings that worked to protect the ears, but they didn’t work for Greenwood since he was allergic to the wool caps.

But frostbite and allergies wouldn’t stop him. He decided to solve this dilemma and roped his grandmother in on the plan. Greenwood asked her to sew flannel pads onto the ends of a wire ring that could go around his head. And that’s how the first version of the earmuffs was born! These little ear protectors became a rage with his friends, who recognized the sheer brilliance in their simplicity. Soon, everyone in town was wearing them.

Greenwood improved the original design by replacing the wire with bands. He introduced velvet pads instead of flannel. The new design also came with a hinge that allowed more pressure against the ear. Much later, Greenwood set up a small factory in Maine to produce ear muffs. The factory provided jobs and steady incomes to people for over 60 years – especially when it began supplying earmuffs to overseas troops during World War I. Despite having machines for manufacturing, Greenwood still employed women to hand-stitch velvet pads to the bands at home. It was a way of thanking his grandmother, who brought the first earmuffs to life in the same way.

Chester Greenwood receives a patent for earmuffs at the age of 19.

A Factory and Local Livelihoods Thrive

Farmington declares the first Saturday of December each year as Chester Greenwood Day.

What is the earmuff capital of the world?

The town of Farmington in Maine is the earmuff capital of the world. Chester Greenwood, a Farmington resident, invented the first earmuffs.

What else did Chester Greenwood invent?

Greenwood acquired over 100 patents in his lifetime. He invented the steel-tooth rake, a folding bed, a wide-bottom kettle, and a shock absorber design for airplane landing gear used to the present day.

In 1877, Chester Greenwood patented the earmuffs intended to be an “improvement in ear mufflers.” Chester came up with the idea at 15 when his ears got too chilly while ice skating, and he received the patent for his invention when he was 19 years old.

5 Facts About Maine That Will Blow Your Mind 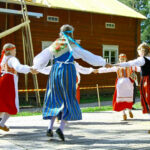 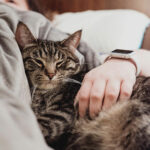 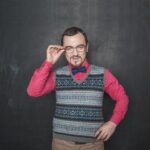