Brain Injury Awareness Week, which is from May 11 to May 17, aims to raise awareness about the issues that people suffering from brain injuries face. There can be a range of causes of brain injury. It could be caused by a fall, the head being struck against something, motor accidents, or assaults, to name a few. Whether they are struggling with temporary or permanent disabilities or facing other people’s prejudices, brain injury survivors have to face a lot daily. People with brain injuries should consult professionals to seek the appropriate treatment for their individual problems. Preventative measures, as well as medication and physical/mental therapies, can also help the recovery process.

Brain Injury Awareness Week was first established by Headway. Headway is a British organization dedicated to supporting accident survivors as well as preventing brain injuries. It helps individuals recover and rehabilitates them by providing them with the necessary treatment to get back on their feet. In many cases, Headway has also helped brain injury survivors find new jobs and opportunities in different fields.

Regarding the history of brain injuries, in the old times, brain injury often meant severe and permanent disability or even death. To relieve people of the problems caused by brain injuries, doctors, due to a lack of research, would drill holes into their skulls. This drilling technique would, more often than not, result in other serious complications.

However, with 20th-century advanced medical research, more brain injury patients became survivors instead of victims. Brain injuries are measured and diagnosed according to their severity (mild, moderate, and severe). Also known as intracranial injury, brain injuries can be caused through external impacts and/or rapid acceleration/deceleration, amongst others. A brain injury victim can suffer from social, physical, mental, behavioral, and emotional symptoms that may be temporary or permanent, at times even resulting in death. Several factors can determine the extent to which a brain injury can or will impact a person’s life, for example, the actions of those who are around the victim, the response time of the medical team, the quality of the medical treatment and equipment, and so forth. But, as they say, prevention is better than cure. Preventative and safety measures could include helmets, seatbelts, fall prevention efforts, and special safety protocols.

Researchers Levin, Benton, and Grossman remark that a trepanning tool was used by renaissance doctors to treat their patients’ pain due to brain injuries.

Despite the fact that someone is impacted by a brain injury every nine seconds in the U.S., a study conducted by the Brain Injury Association of America reveals that one in three Americans do not know what a brain injury means.

What color is the ribbon for traumatic brain injury?

Many websites recognize green as the color for traumatic brain injury (TBI) and blue for all brain injuries.

March is considered Brain Injury Awareness Month. During this month, the participating organizations decide on a particular theme for all of the events that are taking place.

What are the causes of mild traumatic brain injury?

The Centers for Disease Control and Prevention states that “a traumatic brain injury (TBI) is a disruption in the normal function of the brain that can be caused by a bump, blow, or jolt to the head, or penetrating head injury. Everyone is at risk for a TBI, especially children, and older adults.”

5 Facts About The Brain That Will Blow Your Mind 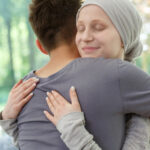