Get your foam rollers ready because National Foam Rolling Day is on May 11. Due to the 21st century lifestyle, many of us spend our days sitting at our desks with little to no movement. This sedentary lifestyle not only leads to tightened muscles and inflexibility, but can also lead to reduced blood flow, stress, muscle ache, and sores. But fret not because foam rolling is here to save the day. Foam rolling, which is also known as ‘the poor man’s massage,’ is an old practice that provides self-massaging techniques. So, if you have sore muscles and are in desperate need of a massage but do not have the time and/or money to go to a professional masseuse, get yourself a foam roller.

TriggerPoint commemorated National Foam Rolling Day on May 11 in 2015 for the first time. TriggerPoint is a life-enhancing company that deals in making products that can help people exercise easily. The company’s main aim is to help people of all ages, sizes, and lifestyles to be able to have the best muscle therapy. Creating a National Foam Rolling Day wasn’t just a marketing scheme but it was also the company’s way of raising awareness around the issue. Given how online- and desk work has increased extensively over the decades, people’s sedentary lifestyles often mean that their muscles are not getting enough movement.

Interestingly, it is not just people who do not exercise that face muscle tightness, but muscle aches and sores also plague those who regularly indulge in exercise. Back in the 1920s, Moshé Pinchas Feldenkrais, who was a renowned Ukrainian-Israeli physicist and engineer, came up with the Feldenkrais Method, which is a method that relies on self-awareness to improve physical movement and flexibility. The professionals in the industry started using the Feldenkrais Method for their clients’ back support and standing exercises.

As the years went by, Sean Gallagher, a student of Feldenkrais, started using foam rollers as tools for self-massaging. At the time, there were still many naysayers who did not and still do not believe in the benefits of foam rolling. In any case, Gallagher experimented with Broadway performers who needed to be in top shape for their daily performance. The performers agreed to use the foam rollers and, soon enough, Gallagher’s endeavor started reaching new heights of fame and recognition. The rest is, as they say, history.

Moshé Feldenkrais develops his own healing method, the Feldenkrais Method, after suffering from a soccer injury.

To prove the effectiveness of foam rolling, Sean Gallagher distributes foam rollers to a troop of Broadway performers for their sore muscles.

TriggerPoint announces May 11 as the official National Foam Rolling Day to raise awareness about the self-massaging tool and its benefits.

The Australian Government's Department of Health releases a report on foam rolling, stating that the evidence for the technique’s effectiveness is scarce and not significant enough to prove its benefits for any health condition.

Is it better to foam roll in the morning or at night?

Is it bad to foam roll every day?

Foam rolling every day is good for injury prevention and increasing blood flow. You need to be aware of which muscles are giving you trouble with soreness. Once you identify the problem areas, you can start foam rolling that area.

When should you not foam roll?

You should avoid foam rolling areas that are considered sensitive or fragile. These areas include your neck, ribcage, inner thighs, etc. It’s best to seek professional advice for areas like this.

5 Facts About Muscles That Will Blow Your Mind 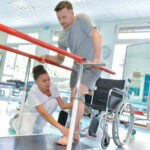