Bowdler’s Day is celebrated on July 11, the birthday of the physician and philanthropist who published a censored edition of Shakespeare’s works, Thomas Bowdler. Depending on whom you ask, Bowdler is either a prude or a genius. During his career, he heavily edited Shakespeare’s famous works to make them more family-friendly. He regularly censored violence and intimacy from literature, so that they could be read by more people. These versions were also cheaper than the original editions. Bowdler’s Day is celebrated by students, readers, and anti-censorship activists.

Thomas Bowdler was born on July 11, 1754, in Bath, U.K. An English physician and philanthropist, Bowdler is best known for his censorship of books. Bowdler’s father would read the Bible and Shakespeare for his sisters and him, but left out what he thought was objectionable. Bowdler published a censored version of Shakespeare’s works in 1807, although many are of the opinion that this book, “The Family Shakespeare,” was edited by one of Bowdler’s sisters. Bowdler censored Shakespeare because he wanted a version that could be read by anyone in the family, including ‘virtuous females.’ Bowdler also edited parts of the Old Testament, as well as Edward Gibbon’s “History of the Decline and Fall of the Roman Empire.” These versions were published in 1826, a year after Bowdler’s death. By the 1830s, the word ‘bowdlerize’ became a part of everyday language. It was a derogatory term that meant ‘censorship.’ But, more specifically, it meant censoring a written work by removing or editing passages that may be vulgar or objectionable.

On Bowdler’s Day, we should think about and reflect on censorship and the importance of free speech. Although Bowdler’s censorship irks a lot of readers, there is some reason to celebrate it. The publishing of “The Family Shakespeare” made Shakespeare accessible to a wider readership. The books became cheaper and were no longer locked up in the libraries of the rich.

Bowdler graduates with a degree in medicine from St. Andrews.

Bowdler is elected a Fellow of the Royal Society (FRS).

Bowdler marries Elizabeth Trevenen at the age of 52.

Bowdler dies at the age of 71 in Wales, the United Kingdom.

July 11 is celebrated as Bowdler’s Day in honor of the controversial editor, Thomas Bowdler.

When was “The Family Shakespeare” published?

Thomas Bowdler’s “The Family Shakespeare” was first published in 1807.

How many plays did Shakespeare write in total?

During his career, Shakespeare wrote at least 37 plays and collaborated on several more.

How to celebrate Bowdler’s Day

5 Facts About Shakespeare That Will Blow Your Mind

Why we love Bowdler’s Day 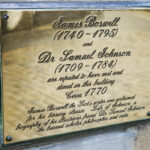 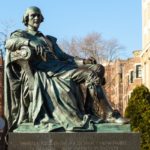