Collector Car Appreciation Day on July 9 is celebrated annually to raise awareness regarding the importance of automotive restoration as well as the hobby of collecting cars. Restoring and collecting cars plays an essential role in American society since it highlights the lucrative car business that the U.S. has greatly benefited from. The day also includes some of the greatest American cars that have ever been made. So on this day, show off your car collection if you have one, or simply partake in events where vintage cars are being displayed and glorified. To involve yourself more in the journey of how cars developed and are still developing learn about them through scholarships provided for car enthusiasts.

Collector Car Appreciation Day has been sponsored by the SEMA Action Network (SAN) since 2009 to promote a love for vintage cars that are considered collector’s items. SAN is basically a partnership between vehicle clubs, enthusiasts, and members of the specialty auto parts industry nationwide. The purpose of the partnership is to take all the required necessary steps to promote the hobby of collecting cars. SAN was founded in 1997 and, since its inception, the affiliation has been countering factors that hinder the growth of the car collection and restoration industry.

SAN works on creating laws that are favorable for car collectors, provides a platform for about 36 million vintage car lovers, and also has over 100 publications under its belt. SAN is also responsible for aiding the U.S. Senate in passing a resolution that allowed Collector Car Appreciation Day to be celebrated every year. On July 9, 2010, the day was marked as an official celebration where classic cars of the past were brought to life.

To kick off the launch of the day with a bang, hundreds of events were held across the country where cars were displayed. Some of these included car shows and car cruises that grabbed the attention of people of varying ages and different social classes. All the events held were centered on the impact of cars on American culture, ranging from music and movies to other aspects of American life.

The Ford Model T is the first mass-produced automobile.

The Classic Car Club is launched in America.

Is it worth it to restore a car?

Since restoring cars costs a lot, it depends on how rare or popular the particular car model is.

Which is the best car to restore?

Some of the best car models to restore include the Chevrolet Camaro, Volkswagen Beetle, and Ford Mustang.

Can burned cars be restored?

A badly burned car cannot be restored, nor is it worth the time, money, and effort.

5 Fun Facts You Need To Know About Automotive Restoration 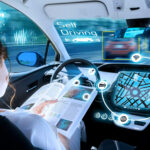 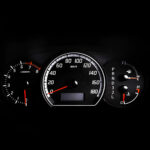