Bluebird of Happiness Day is observed each year on September 24. Bluebirds have long been associated with joy, happiness, and luck. They can be spotted on wedding cards and nursery walls, and have been the subjects of many paintings and songs. The phrase ‘bluebird days’ is used to describe a sunny day following a storm. If you are into skiing and snowboarding, you probably know that ‘bluebird days’ is also used to refer to days with sunshine, good visibility, and fresh snow! Bluebirds are cherished for their beauty, devotion to their family, and delightful singing. These tiny creatures remind us of the small joys that we get to experience every day.

History of Bluebird of Happiness Day

A bluebird is easy to spot. A male bluebird has a brilliant blue back and flame-orange belly, while a female bluebird has duller colors than the males, much like many other birds. For the longest time, it has been known that the bluebird is a harbinger of happiness. This notion was first held by the Chinese who saw the bird as immortal, a protector, and a symbol of the sun. Native Americans too were in deep awe of the bluebird. Navajos revered it as a spirit in animal form, and the Iroquois believed the bluebird’s song would make the harsh winters bearable. For the Russians, the bluebird represented hope. In 1908, a play named “The Blue Bird” by Maurice Maeterlinck depicted two children in search of the Bluebird of Happiness. This play was adapted into an opera, several films, and a children’s novel, further popularizing the assumption that bluebirds bring happiness.

Historically, the bluebird has featured in everything from artwork to advertisements. It is also believed that the bluebird announces the arrival of spring. Early American pioneers called these birds ‘blue robins’ because of their bright orange breasts and iridescent blue back and tail. Bluebirds are friends to gardeners because they keep plant-damaging insects and other pests at bay. In 1934, the song ‘Bluebird of Happiness’ was recorded. It was composed by Sandor Harmati and the words were written by Edward Heyman. By 1945, the song had become an international hit. Many other bluebird songs followed, including Judy Garland’s ‘Hello, Bluebird’ and Paul McCartney’s ‘Bluebird.’ It’s safe to say that for many years to come, bluebirds will continue to be the symbol for all things good.

Severe Blow to the Bluebird Population

During a severe winter in Central Mississippi, many bluebirds freeze to death or die of hunger or thirst.

Maurice Maeterlinck publishes “The Blue Bird,” a fairy tale about the bluebird of happiness.

The Last Word of a Bluebird

Robert Frost’s poem on the bluebird is published.

The bluebird population reaches its lowest point ever.

Most Americans know of the Bluebird of Happiness from a song of the same name written by Jan Peerce and Art Mooney.

What does a bluebird mean biblically?

The spiritual meaning of the bluebird is joy and happiness. The bird reminds us not to lose hope in the face of an adversary and not to let go of the joy even in the direst times.

Is a bluebird rare?

Bluebirds are considered fairly common, but their numbers have declined substantially during the last century.

How To Celebrate Bluebird of Happiness Day

5 Facts About Bluebirds That Will Blow Your Mind

Why We Love Bluebird of Happiness Day 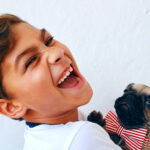