In 1996, the United Nations general assembly declared November 21 World Television Day. The UN recognized television as having an increased impact on decision making as well as being an ambassador for the entertainment industry. Television is a symbol of communication and globalization that educates, informs, entertains and influences our decisions and opinions.

When is World Television Day 2023?

World Television Day is on November 21. It was the UN who created the observation in December 1996 and it has been observed every year since.

In 1927, a 21 year old inventor by the name of Philo Taylor Farnsworth invented the world’s first electronic television. He lived in a home without electricity until he was 14 years old. In high school, he began to think of a system that could capture moving pictures, change them into a code, and them move those images with radio waves to different devices. He was years ahead of the mechanical television system as his structure captured moving images using a beam of electrons. Farnsworth later famously transmitted the image of a dollar sign using his television after a fellow inventor asked “When are we going to see some dollars from this thing?” Neither of them knew the television would become the emblem for an international day promoting the spread of global information.

On November 21 and 22 in 1996, the United Nations held the first World Television Forum. Here, leading media figures met to discuss the growing significance of television in the rapidly changing world and consider how they might enhance their mutual cooperation. UN leaders recognized that television could bring attention to conflicts, raise awareness of threats to peace and security, and sharpen focus on social and economic issues. Television was acknowledged as a major tool in informing, channeling, and affecting public opinion, having an undoubtable presence and influence on world politics. Because of this event, the UN General Assembly decided to name November 21 World Television Day, not to celebrate the object itself, but the symbol for communication and globalization in the contemporary world that it represents.

CNN was founded by Ted Turner in Atlanta, Georgia

Why do we celebrate World Television Day?

The United Nations recognizes television plays a major role in presenting different issues that affect people, so we celebrate how television is a symbol for communication and global education.

What is the role of television in education?

Educational television programs for children, such as Sesame Street, use media to keep children engaged while teaching them about numbers, letters, and social skills.

The 5 Best TV Shows Of All Time According To IMBD

Why We Love World Television Day 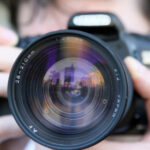