World Fisheries Day, celebrated on November 21, is dedicated to highlighting the critical importance of healthy ocean ecosystems and to ensure sustainable stocks of fisheries in the world. Fishing communities celebrate this day through rallies, workshops, public meetings, cultural dramas, exhibitions, and music shows.  Fisher folks in India, where it is widely celebrated, also demonstrate the importance of maintaining the fisheries of the world along with highlighting the problems like overfishing and mechanization. World Fisheries Day also explores finding solutions to the increasingly interconnected problems that the world is facing to follow sustainable models of our ocean ecosystems.

World Fisheries Day, which is followed in India on November 21, highlights the fact that fisheries are an important sector in the country. It provides employment to millions of people, as well as contributing to the food security of India.

The fishery resources in India are mainly composed of inland and marine. Inland fisheries are mainly composed of major rivers and their tributaries, ponds, reservoirs, lakes, canals, and so forth. World Fisheries Day is celebrated worldwide by the fishing communities to recognize the vast and sometimes underappreciated food source for millions of humans.

In 2019, Andhra Pradesh’s government launched a number of welfare schemes for fishermen on the occasion of World Fisheries Day. State Fisheries Minister Mopidevi Venkata Ramana said on the occasion, “The YSRCP government has increased compensation to fishermen, for the mandatory ban period of 45 days, from Rs 4,000 to Rs 10,000.” The state government has also increased the subsidy on diesel for mechanized or non-mechanized boats. In case of death of fisherman compensation of 10 lakh will be given within two months.

Indian fisheries and aquaculture is an important sector of food production providing nutritional security, besides livelihood support and gainful employment to more than 14 million people, and contributing to agricultural exports. With diverse resources ranging from deep seas to lakes in the mountains and more than 10 percent of the global biodiversity in terms of fish and shellfish species, the country has shown continuous and sustained increments in fish production since independence in 1947.

The total fish production during 2017-18 was estimated to be 12.60 million metric tonnes, of which nearly 65 percent is from the inland sector and about 50 percent of the total production is from culture fisheries, which constitutes about 6.3 percent of the global fish production. More than 50 different types of fish and shellfish products are being exported to 75 countries around the world. Fish and fish products have presently emerged as the largest group in agricultural exports from India. On World Fisheries Day, make sure to support fisheries and new sustainable ways to make our ocean ecosystems cleaner.

Andhra Pradesh's government launches a number of welfare schemes for fishermen on the occasion of World Fisheries Day, including the death of fisherman compensation and a subsidy increase on diesel for mechanized or unmechanized boats.

Fish production at an all-time high

The importance of sustainable fisheries

A report by Prince Charles' International Sustainability Unit is released, estimating global fisheries were adding $270 billion a year to global GDP, but by full implementation of sustainable fishing, that figure could rise by as much as $50 billion.

Since this year, the annual global growth in fish consumption has been twice as high as population growth, furthermore, while the annual growth of aquaculture has declined in recent years, significant double-digit growth is still recorded in continents like Africa and Asia.

Why is World Fisheries Day celebrated?

A number of traditional societies and communities rally around the occupation of fishing. World Fisheries Day celebrations serve as an important reminder that we must focus on changing the way the world manages global fisheries to ensure sustainable stocks and healthy ecosystems.

What is the largest fishery in the world?

Anchovy fishing is the largest fishery in the world.

What is another name for fishery?

How To Celebrate World Fisheries Day

Why World Fisheries Day Is Important 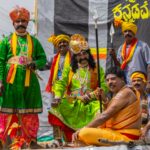