By the time the Romans invaded England around 55 BCE, they found that cider was already being enjoyed among the Celts. Apple trees had already been introduced to the landscape from forests around Kazakhstan and were well established across Europe and Asia. It was in southern England, France, and Spain that the process of fermenting (and later distilling) the fruit was perfected.

In America, John Chapman ( who we all know better as Johnny Appleseed) established apple nurseries along the edge of the frontier in the early 19th century. Since he was heavily against grafting apple trees — a popular process in Europe consisting of joining together tissues of a plant in order to reproduce genetically identical fruit — the cider made at the time were from apples specifically unique to America.

Though in most countries, cider is automatically considered a boozy drink made from Apples, in the United States there is a distinction between cider and hard cider. That’s because in most cases when Americans say “cider” what they actually mean is unfiltered apple juice, with “hard cider” referring to the drink the rest of the world recognizes as the alcoholic concoction.

Cider has a low alcohol content because apples are low in sugar. Even the sweetest of apples contains far less sugar than grapes. In vats of cider, the yeast eats whatever sugar is available, turning it into alcohol and carbon dioxide. Once all the sugar is gone, the yeast dies off, leaving behind a fermented cider which only contains around 4% to 5% alcohol. Today, some cider makers add another round of sugar and yeast to their concoction, allowing the carbon dioxide to build up and create bubbles inside the bottle.

The Romans invaded England and discovered the local Celts were making cider from nearby crabapples too bitter to eat.

Men, women, and children each drank about 40 gallons of cider annually since water at the time was unsafe to drink and contained deadly bacteria and parasites.

In Poland, people drank around 2 million liters of cider, which added up to about 1% of the countries annual alcohol sales.

Why is it called cider?

The word “cider” originally had multiple meanings, from “strong liquor” to “liquor made from the juice of fruits.” Over time, however, the definition of the term narrowed down exclusively to meaning “fermented drink made from apples.”

Is there alcohol in apple cider?

Though history can’t trace the invention of cider to one specific person, it is documented that the Celts in Britain had been making cider since 3000 BCE out of bitter crabapples. It’s only when Rome invaded England that the drink was officially recognized.

Why We Love World Cider Day 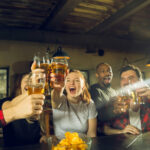 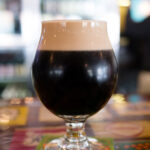