Restoration Day in Geneva is celebrated on December 31 every year. It is a day to commemorate the restoration of the Republic of Geneva, Switzerland. Geneva is a city in Switzerland that lies in western Switzerland, at the southern tip of Lake Geneva. Geneva enjoys a great landscape due to being surrounded by the Alps and Jura Mountains. It is seen as a global city due to it being the headquarters of many international organizations like the United Nations, the Red Cross, the International Baccalaureate, and so forth. It also has a very significant French influence since it is surrounded mostly by France.

History of Restoration Day in Geneva

The first group of people to inhabit the region that is known as present-day Geneva were the Allobroges. Since then, the region has been inhabited by the Roman Empire, the Burgundians, the Kingdom of Burgundy, and the Holy Roman Empire. In 1416, the Duchy of Savoy, a country that existed in western Europe, tried to annex Geneva and failed. In 1526, Geneva chose to ally itself with the Old Swiss Confederacy in order to get protection from further annexation attempts by the Duchy of Savoy.

Of all the other cities in Switzerland, Geneva was closely connected to the cities Bern and Fribourg. After both these cities chose Protestantism over Catholicism, Geneva did the same. Due to this conversion, the bishop of the city excommunicated the entire population of Geneva and all of its Catholic clergies left the city in 1535. Many months later, the Duchy of Savoy’s military attempted to siege Geneva again but fortunately, the city was able to defend itself with the help of Bern, and was able to achieve independence in 1536. In 1541, Geneva was proclaimed a republic under John Calvin and his church reforms. Geneva lost its republic status in 1798 when it was invaded by the French, under the leadership of Napoleon Bonaparte. For 15 years, the French remained in Geneva, and in that duration, it had no independence. In 1813, the French army left Geneva once Napoleon’s power began to dwindle and in 1815, Geneva’s republic status was restored and it joined the Swiss Confederation.

Geneva allies itself with the Old Swiss Confederacy to get protection from further attempts at annexation by the Duchy of Savoy.

Geneva is proclaimed a republic under John Calvin and his church reforms.

The French Occupation of Geneva

Geneva loses its republic status due to the French invasion.

Once the French army leaves Geneva, its republic status is restored and it becomes a part of the Swiss Confederation.

What is the main religion in Switzerland?

Switzerland is a predominantly Christian country. More than two-thirds of the population are either Roman Catholic or Protestant.

Is Restoration Day in Geneva a public holiday?

Restoration Day is a public holiday in Switzerland. Government offices, banks, and other public institutions remain closed on this day.


How do the Swiss celebrate Restoration Day?

The Swiss people have processions, carnivals, and a memorial service. They also launch cannon fires at 8 am from the Promenade de la Treille every year on this day.

How To Observe Restoration Day in Geneva

Why Restoration Day in Geneva is Important 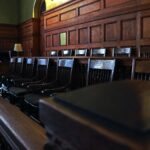 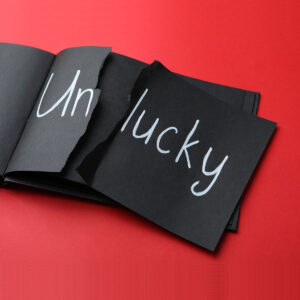