Play Basketball Day is celebrated on December 2 each year. This day celebrates one of the most popular sports in the United States. Basketball is gaining popularity around the world, it’s played indoors or outdoors and it only requires a ball and a hoop. Hoops are found in most parks and gyms. Play Basketball Day is a day for all basketball fans to celebrate the impact that basketball has globally. This festival commemorates the birthdate of James Naismith, a Massachusetts physical education instructor who devised basketball as a winter recreation for his students.

Basketball is among the most popular team sports on the planet. Play Basketball Day honors the founder of basketball, James Naismith, on his birthday. Naismith was born in the Canadian city of Almonte in 1861. Naismith moved to the United States to teach physical education at the Y.M.C.A. International Training School in Springfield, Massachusetts. His boss challenged him to come up with a fair and non-aggressive indoor winter sport. Naismith coined the term ‘basketball’ in December 1891.

Naismith attached fruit baskets to the ten-foot-high balcony at each end of the Y.M.C.A.’s gymnasiums. He split his students into two groups and instructed them to throw the ball into the baskets. Each team had nine players in the first game, and they played with a soccer ball. Basketball’s first rulebook was created by Naismith, who came up with 13 basic rules. Triangle, the publication of the International Training School, published it on January 15, 1892.
Following its introduction in 1891, basketball quickly became popular. The first public basketball game was played in 1892. After the Y.M.C.A. began advertising it internationally in 1893, the game spread to Y.M.C.A.s all over the world. In 1894, the first basketball was released, which was larger than the original soccer ball that was used.

The National Basketball League, the first professional league, was founded in 1898. Basketball was first introduced in St. Louis, Missouri, as a demonstration sport during the 1904’s Summer Olympics. It was later introduced as an official men’s sport in Berlin, Germany, at the 1936 Summer Olympics. In 1976, it was designated as a female Olympic sport.

Naismith died in Lawrence, Kansas, on November 28, 1939, aged 78. “Basketball: Its Origin and Development” was published after his death. Naismith was the inaugural inductee of the Naismith Memorial Basketball Hall of Fame, which was founded in Springfield, Massachusetts, in 1959.

The Game is Named

The inaugural intercollegiate men's match is held between Hamline College and the Minnesota School of Agriculture.

The National Basketball League is established.

The National Association of Intercollegiate Basketball

What is the global popularity rate of basketball?

According to FIBA, Basketball is played by 450 million people globally. Basketball is among the fastest-growing games in the world, with professional leagues and national teams in 213 nations.

Why is basketball unpopular in the United Kingdom?

Basketball fans in the United Kingdom, both locals, and visitors, say the sport suffers because of a lack of infrastructure, inadequate government backing and financing, and a lack of national media coverage.

Is the N.B.A. bigger than the English Premier League?

The N.B.A. exceeds the English Premier League in terms of total income. According to Bill Wilson (B.B.C. News), the E.P.L. exceeded the £3 billion mark for the first time in 2013-14, equating to over $5 billion.

5 Facts About Basketball That Will Blow Your Mind

Why We Love Play Basketball Day 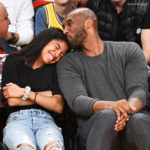 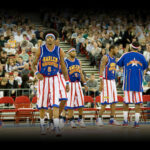