This dessert is the bomb(e), and we can’t wait to celebrate; presenting National Raspberry Bombe Day, which is observed each year on August 11. This tantalizing frozen treat is a layered bonanza of heavy cream, sugar, raspberries, and various other ingredients. The results are indulgent and extremely satisfying.

The bombe (or bombe glacée) has been around for a long long time, and like many delicious sweet treats, has its roots in French cuisine.

Classic bombs were made from ice cream and sponge cake, although now, heavy cream, nuts, and many other ingredients have been incorporated into bombe recipes.

Why is it called a ‘bombe’ you ask? This ice cream dessert was frozen in a spherical mold, which then resembled a cannonball, hence the name.

In fact, the idea of molding desserts came from the French too. The discovery that below-freezing temperatures also froze normal and sweetened water led to French cooks experimenting with frozen liquids of all kinds. Gradually, the world discovered ice cream, and one smart cook froze his ice cream in a round mold; the bomb was born.

This initial version was then refined by famous French chef Auguste Escoffier, as per food historians. They believe Escoffier was the vision behind the simple, more elegant bombe we see today. He was behind the invention of a new layer in the bombe — the custard layer, which forms a delicious, harder, crunchier texture, giving the dish depth.

The popularity of the bomb spread. It began appearing in restaurants, cookbooks, and even appeared on the wedding menu of Queen Elizabeth and Prince Philip.

We do not yet know when the raspberry bombe was created, or who founded this day, but we are always ready to celebrate any ice cream dessert flavored with this red berry. Celebrate another fun raspberry-themed holiday with National Raspberry Cake Day.

A cook freezes ice cream in a round mold, and this results in the very first bombe dish.

The dessert makes its very first appearance on restaurant menus in this period.

Elizabeth David's book, “The Harvest of the Cold Months,” talks about the bombe dish, one of the very first mentions in the world.

Is bombe an English word?

Bombe is the common English usage of the French word ‘bombe glacée.’

What is a bombe mold?

Any rounded container — a bowl, e.t.c. — can help create the round shape of the bombe.

Is Baked Alaska a bombe?

Some sites list Baked Alaska — and its variation, the Bombe Alaska — as bombe desserts because of their rounded shape, except these are baked, frozen, then flambéed. 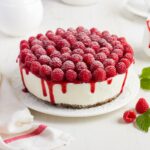 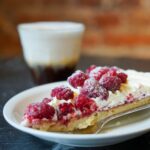 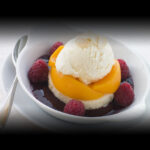