Celebrate the age-old art of hunting for a good deal with National Bargain Hunting Week, which is observed annually in the second week in August, from August 14 to 20 this year. We love the hunt and the final deals, whether we are searching for kitschy finds at a yard sale, or browsing the clearance rack at the local department store. While sales and discounts are ever-popular, the awareness about this event is relatively small. We aim to do our part to spread knowledge of this week in any way we can, starting with this fun article.

While bargain hunting is new, the concept of hunting itself is not. Since prehistoric times, man hunted for the best resources, the best mates, and the best places to live in. As a result of these hunter-gatherers, our brain has a well-established pattern that drives us to keep searching for the best items. And not only is bargain hunting an instinct left over from our ancestors, but our parents and their parents also influence our behavior. Studies clearly link our current buying patterns during sales and discounts with genetic factors — so, bargain hunting is, quite literally, in our genes.

We can’t talk about deals and bargains without going into the history of the biggest bargain sales in the U.S. — the Black Friday sales. Initially, a term referring to financial crises, this phrase began to be used in the shopping context by the 1960s. There was a huge Army-Navy football match scheduled the Saturday after Thanksgiving in Philadelphia, and large crowds of tourists, shoppers, and sports fans gathered, blocking traffic and causing huge problems. The shoppers crowded the stores, too. Cops had to work extra-long shifts and could not take leave — they began to dub this day ‘Black Friday.’ Since then, stores have been kicking off the festive season with huge discounts on the day after Thanksgiving, creating the Black Friday shopping event.

Denmark Sells Islands to the U.S.

The U.S. Virgin Islands, Saint Thomas, Saint John, and Saint Croix, are worth a whole lot more now than their original price of $25 million.

Black Friday is Linked to Shopping

Philadelphia cops — fed up with a surge of shoppers on the day after Thanksgiving — dub this day 'Black Friday’ — the term has been used in connection with shopping ever since.

Our Day is Created

Zachary Bodish purchases what he thinks is a Picasso poster from a thrift store in Ohio at just $14.14 — he later realizes it is an original signed work by the master himself and he sells it for $7,000.

What are the advantages of bargain hunting?

There are plenty of advantages to bargain hunting, primarily getting items at a reduced price, saving money, and the satisfaction in a deal done well.

What is meant by bargain hunting?

Bargain hunting is the activity of looking for goods that provide good value for money. These goods are usually sold at discounted prices, lower than their usual rate.

How does bargain hunt pricing work?

The retail store Bargain Hunt — which has 80 branches around the U.S. — has a different pricing policy. For every seven to 10 days an item is on store shelves, the prices drop by 10%.

5 Weirdest Deals Of All Time 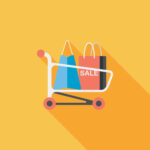