National Parfait Day is on November 25 every year, and we will be celebrating it by having a tall glass of parfait dessert with cherry and butterscotch toppings. Did you know the parfait recipe first appeared in an 1890s French cookbook? Parfait, meaning “perfect” in English, is a dessert of French origin consisting of cream, egg, sugar, and syrup. These basic ingredients are boiled together to create a custard-like puree. This is different from the American parfait, which contains granola, nuts, yogurt, and liqueurs, with fruits or whipped cream toppings. Parfait is usually served in tall clear glassware, with a long spoon called a ‘parfait spoon.’

The history of parfait can be traced to the invention of a popular dish, dessert, which has become part of the traditional three-course meal. The word ‘dessert’ is derived from the French word ‘desservir,’ meaning ‘to clear the table’ in English. Its origin began with — you guessed it right — sugar.

In the Middle Ages, sugar was a rare product in Europe and was only enjoyed by the rich and the aristocrats on special occasions. From that period to the late 15th century, refined sugar served as a sweetener and seasoner, sprinkled on stew and roasted meat. The dessert itself was fruit, gingerbread, sugared almonds, and jelly. Sometimes cookies, marzipan, or meringues were served as dessert.

As time progressed, sweetening meals with sugar lost its appeal, and focus was placed on visual presentation. Chefs began crafting elaborate sculptures, entirely made of sugar, which served at the centerpiece of the dessert course. Examples of such sugary sculptures included the severed head of Louis XV and the rock of Gibraltar. However, this custom ended with the French Revolution in the 16th century.

The industrial revolution transformed dessert from a meal for the elite to something easily accessible to the masses. It was in this period that parfait emerged. One of the first parfait recipes dates back to the 1890s in France. As French culture spread outside its borders, European countries and the Americas adopted what was fashionable, including the parfait dessert.

The French parfait was expanded, and ingredients such as yogurt, nuts, fresh fruits, and granola were used in making it. This version of parfait, termed American parfait, spread across the country and became the most dominant. Over the years, different variations were created, and now, parfait has come to occupy a space in the American dessert culture.

Before dessert, as we know it today, the aristocrats eat fruits after meals.

Chefs craft elaborate sugar sculptures to serve as the centerpiece during dessert.

The Word 'Dessert' is First Used

After the French Revolution, individual desserts replace the fruit course.

The oldest known parfait recipe is discovered in France.

We can’t say who invented parfait. But what we know is that it first appeared in France in the 1890s and has since become a part of the European and American dessert culture.

Yogurt parfaits, also known as American parfaits, contain rich amounts of nutrients, such as protein, fiber, fats, and natural sugar, that provide needed energy for the brain and the body. A glass of parfait could refresh, after a long day at work, or be an energy boost to continue working during the day.

How do you make yogurt parfaits?

A yogurt parfait takes only five to 10 minutes to prepare: You need two cups of vanilla yogurt, eight blackberries, one cup of granola, and a tall clear glass. Start with one cup of yogurt as the first layer, followed by half cup of granola and four blackberries. Repeat to create a second set of layers.

How to Celebrate National Parfait Day

Why We Love National Parfait Day 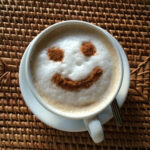