Take your spring cleaning to the next level with National Lumpy Rug Day on May 3. This day holds a few different interpretations. For some, it could be a time to clean or replace those worn-out rugs, while for others, it’s a time to appreciate our old comforting rugs. And for other people, the rug may be metaphorical, and straightening out lumps may mean getting out of the habit of sweeping issues under the proverbial rug. Whatever this day means to you, it’s time to let go of the old and invite in the new.

Rugs are beautiful woven textiles that add a little something extra to our boring floors. There are different kinds of rugs, made of different types of fabric, but they all bring comfort and warmth to our feet, as well as color and life to the rooms they’re found in.

The oldest carpet in existence is the Pazyryk carpet from Siberia, which dates from the 5th to 4th century B.C. However, the history of rugs dates back to Turkey in the Neolithic Age, around 7000 B.C. The term carpet was first used in English in the late 13th century, with the meaning ‘coarse cloth’. The meaning of the term carpet shifted in the 15th century to refer more specifically to floor coverings.

Different nations have different stories as to the origins of rugs and their value. Persian rugs are said to be the most exquisite, and date back to the Bronze Age. The earliest surviving Persian carpet comes from the Safavid dynasty of the 16th century. There are certain paintings, however, that show a longer history of rug production. Iran is currently the largest producer and exporter of handmade carpets. The country produces a whopping three-quarters of the world’s total output.

Oriental carpets were a foreign concept and did not appear in Europe until after the Crusades in the 11th century. Rug production only became a serious entity in England during the 16th century.

Rugs can be beautiful additions to any home, but sadly nothing lasts forever. Over time, the fibers can get pulled and bunch up, creating an unfortunate lump in the rug. Some people would argue that this represents character, while others take this as a sign that it’s time to revamp the rug or get rid of it.

The oldest records of carpets emerge from Çatalhöyük Neolithic pottery.

The Oldest Carpet is Made

The Pazyryk carpet, which is the world’s oldest carpet, dates back to this time.

Oriental carpets begin to appear in Europe after the Crusades.

The meaning of the word ‘carpet’ shifts from a generic term to a specific term for floor coverings.

What were rugs originally used for?

The first rugs were created by nomadic people of central Asia who needed to keep warm. Due to the fact that they herded sheep, wool to make rugs with was easy to come by.

What is an area rug?

An area rug is simply a carpet that covers a particular area of a room, rather than the whole room.

What is the most commonly used rug?

Because of their soft texture and durability, wool rugs are the most popular. 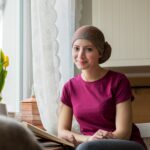