There’s no doubt that violence and war have taken away too much, and this is why we take a moment to ponder life during Japan’s Constitution Memorial Day on May 3. Sociopolitical rifts cause too much loss, no matter what side of the conflict you’re on. Japan’s case is no different. Not only did the country inflict violence on other nations, but it also suffered gravely in return. Japan woke up one day to the loss of its cities, Hiroshima and Nagasaki — with many families torn apart, children orphaned, family members missing or (assumed) dead. The U.S. attacked the two cities with atomic bombs successively. Around 226,000 were killed, most of whom were mere civilians. After facing unprecedented losses, Japan surrendered in 1945, building a new constitution that would focus on civilian’s welfare and peace.

The Meiji Constitution put much emphasis on conquering other nations through violence and war. It did not have much regard for its civilians and their well-being. On the other hand, the newer constitution focused on upholding the sovereignty of its people, protecting them, and resolving any international conflicts without the use of weapons. The people of Japan also favored democracy as it would allow them to not only choose their own leaders but also choose those sets of principles that served them and their future generations well.

The biggest and bloodiest war in human history starts in 1939, with Japan being part of the Axis Forces.

The U.S. drops atomic bombs on Hiroshima and Nagasaki, killing around 226,000 people and permanently maiming many others and future generations.

Japan surrenders to the U.S. and the rest of the Allies in an effort to stop WWII from further escalating.

The new constitution comes into full force on May 3, instantly replacing the Meiji Constitution.

Is May 1st a holiday in Japan?

In 2021, Showa Day is on Thursday, April 29. April 30 and May 1 are not public holidays, but many people will likely take the day off to get an eight-day Golden Week vacation.

What is Japan's biggest holiday?

New Year (‘shogatsu’): This is the most important holiday in Japan. While only January 1 is designated as a national holiday, many businesses remain closed through January 3.

Do the Japanese celebrate Easter?

While Japan doesn’t have any particular customs or traditions around Easter itself, you will be able to celebrate the holiday just as you do at home with bunnies, egg hunts, chocolate eggs, lambs, and enjoying food and drink with family and friends.

How To Observe Constitution Memorial Day

5 Facts About Golden Week That Will Blow Your Mind

Why We Love Constitution Memorial Day 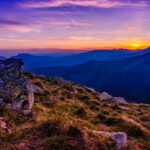