National Jukebox Day is the day before every Thanksgiving — on November 22 this year. Music is the soundtrack of our lives, and this day celebrates the jukebox, shining some light on the device that brought and still brings music into our lives in a special way. The jukebox has a rich history; the nostalgia it carries is unparalleled. It has been around for era after era of modern music — from jazz to country and blues to rock. Celebrate this historic machine today as you visit your hometown restaurants and bars in preparation for Thanksgiving with family and old friends.

Jukeboxes revolutionized music in multiple ways. With the invention of the jukebox, people could enjoy music in restaurants and bars. Artists found a new way to get public exposure and were further enabled to sell vinyl. The jukebox is a historical and cultural symbol in more ways than one.

Louis Glass and William S. Arnold, managers of the Pacific Phonograph Co., created the first jukebox. Called a nickel-in-the-slot phonograph at the time, this revolutionary was displayed at the Palais Royale Saloon in San Francisco, California, on November 23, 1889. It saw instant success, making over $4000 (the equivalent of about $120,249.23 today) in the first year alone, and inspired innumerable people to create different versions all over the U.S. In no time, “phonograph parlors” with multiple nickel-in-the-slot phonographs spread across America and Europe.

As the machine’s expansion and popularity increased, technological advancements were made. Record manufacturers came up with methods to produce record copies more efficiently, amplifiers were developed to enable large groups to listen simultaneously, and a disc record replaced the phonograph cylinder. In 1905, John Gabel presented the Automatic Entertainer to the world, which had 24 song selections. In 1928, Justus P. Seeburg manufactured a multi-select jukebox called the audio phone, and it had eight separate turntables, allowing people to choose from eight different records.

The jukebox took a hit when radio, another form of free entertainment, emerged in the 1920s, and the Great Depression hit in the 1930s. The sale of records saw a drastic dip as people lost the ability to spend on recreation. However, after the Great Depression, jukeboxes quickly bounced back and were thrust into their Golden Age as people got ready to live it up again.

The term ‘jukebox’ is believed to have originated in southern American states and came into existence in 1937. Since then, the jukebox’s popularity has increased steadily, its form everchanging. From a wooden box with listening tubes to colorful lights, metal, art deco designs, and even bubbles! Jukeboxes gave a new meaning to entertainment and gave artists a louder voice. They have done innumerable things for humanity, inspiring TouchTunes — a digital jukebox platform — to declare the day before Thanksgiving as National Jukebox Day in 2017.

Jukeboxes are equipped with amplifiers and multi-select discs.

The name ‘jukebox’ is derived from the slang ‘juke,’ meaning ‘to dance and act wildly.’

TouchTunes celebrates the first National Jukebox Day on the anniversary of the nickel-in-the-slot phonograph installation.

How much does a jukebox cost?

Depending on the model, there are digital jukeboxes up for grabs ranging from $50 to $1,500.

Is there another name for a jukebox?

Aside from its original names like ‘coin-operated phonograph,’ ‘multi-select phonograph,’ etc., jukeboxes are also commonly known as ‘music boxes.’

What is the rarest jukebox?

A 1936 Gabel Starlite is one of the rarest jukeboxes. Only five of this kind are known to exist still.

Why We Love National Jukebox Day 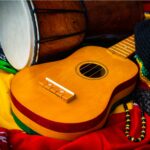