National Law Day — also known as Samvidhan Divas — is celebrated in India on November 26 every year to commemorate the adoption of the Constitution of India. Constitution Day is not a public holiday, however, government departments and schools across the country acknowledge the day with various events and activities. As per the Department of Education and Literacy, the preamble of the constitution is read in all schools by all students. Also, there are quiz and essay competitions both online and offline on the subject. The Department of Higher Education also requests various universities to arrange mock parliamentary debates in colleges.

The Constitution is a set of written principles and precedents of the Government of India. It frames fundamental political principles, procedures, rights, directive principles, restrictions, and duties of the government and the citizens of the country. The Constitution of India declares the country a sovereign, secular, socialist, and democratic republic. It assures its citizen’s equality, liberty, and justice.

The preamble is a brief statement which records the aims and aspirations of the people of India. The Constitution of India reads: “We, the people of India, having solemnly resolved to constitute India into a sovereign, socialist, secular, democratic, republic, and to secure to all its citizens:

“Justice, social, economic and political; liberty of thought, expression, belief, faith and worship; equality of status and opportunity, and to promote among them all — fraternity assuring the dignity of the individual and the unity and integrity of the Nation; In our Constituent Assembly this twenty-sixth day of November 1949, do hereby adopt, enact and give to ourselves this constitution.”

Prime Minister of India Narendra Modi announces that November 26 will be celebrated as "Constitution Day" or National Law Day to commemorate the adoption of the Constitution of India.

History in the making

On 26 November 1949, the Constituent Assembly of India adopts the Constitution of India, coming into effect on 26 January 1950.

B R Ambedkar is born

Bhimrao Ramji Ambedkar, also known as Babasaheb Ambedkar, is born, later to become an Indian scholar, jurist, economist, politician, and the chief architect of the Constitution of India.

What is the importance of the Constitution of India?

The Constitution of India is the supreme law of India. The document lays down the framework demarcating fundamental political code, structure, procedures, powers, and duties of government institutions and sets out fundamental rights, directive principles, and the duties of citizens.

Why do we need a Constitution?

A Constitution is necessary because of the following reasons — iIt is an important law of the land. It determines the relationship of the citizens with the governments. It lays down principles and guidelines which are required for people belonging to different ethnic and religious groups to live in harmony.

How long did it take to prepare the Indian Constitution?

How to Observe National Law Day

5 Amazing Facts About B R Ambedkar

Why National Law Day is Important 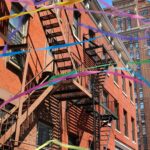