National Friendship Day occurs every year on the first Sunday of August — August 1, 2021 — and celebrates the importance of loving platonic relationships. Friendships are the purest type of human relationships. For more than a century, we’ve celebrated the strength of friendship, and thanks to social media, we’re able to continue celebrating with our friends no matter where they are in the world.

When is National Friendship Day 2021?

Friends — the family that we choose — is celebrated on National Friendship Day on August 1.

Humans are the most social beings on earth: we need to relate to others, just as Abraham Maslow exposed in his Hierarchy of human needs. Our sociological needs motivate our behavior, encouraging us to make interpersonal relationships and connect with others on a deeper level. With such a huge need for human connection with people other than our significant other, it’s no wonder that we celebrate an entire holiday based on the importance of friendship.

National Friendship Day was originally a marketing strategy for Hallmark Cards in the 1930s. Founder Joyce Hall designated the day would take place on August 2 and decided it would be a day to celebrate the people closest to you — and send them a card or two in the process. It soon became a bigger deal than originally planned when the 1935 U.S. Congress pronounced the first Sunday of August as National Friendship Day.

The holiday continued gaining popularity, and in 1998 the United Nations named Winnie the Pooh as the world’s Ambassador of Friendship. In 2011, during their 65th session, the U.N. designated July 30 International Friendship Day.

Nowadays, we celebrate National Friendship Day on the first Sunday of August. Thanks to advancements in technology, it is easier to get in touch with friends, to share, and to be thankful for them.

This August 2, celebrate the lover you create and share with the family that you chose — the friends who get you through hard times and cheer you on during your most successful moments.

The First Idea Ever

As a marketing strategy to increase the sales of greeting cards, Hallmark Cards establishes and commercializes the holiday.

National Friendship Day as a Holiday

The U.S. Congress proclaims the first Sunday of August as National Friendship Day, highlighting the valuable role that friends play in our lives.

National Friendship Days Around the World

Traditions for this holiday vary. No two (or more) best friends have the same traditions; they are unique to everyone. The shenanigans that best friends get up to are enjoyed and shared only between them, which include memorable adventures, fun gatherings, and even inside jokes. These traditions are relived on National Best Friends Day.

There are low-key common traditions — just hanging out and chilling at home watching movies with friends, or going to the mall or your favorite cafe together. And then there are more elaborate ways to celebrate this day with your best friends like dressing up and heading out to paint the town red or having a fancy dinner. Presents are also exchanged on this day like ‘Best Friends’ lockets or scrapbooks to cement the friendship and remind each other of the special bond you share, no matter how much time has passed.

National Friendship Day By The Numbers

Let’s take a quick look at the calendar. Is today the first sunday of August? Well, we’re all in luck! It just so happens to be National Friendship Day.

When is National Best Friends Day?

National Best Friends Day lands on June 8 every year. The perfect summer holiday, spend some time with your besties and post each other’s faces all over your social media.

When is National Boyfriend Day?

Every year on October 3, we celebrate National Boyfriend Day. Partners all over the world celebrate the men in their lives who keep them on their toes and support them through all odds.

Why We Love National Friendship Day 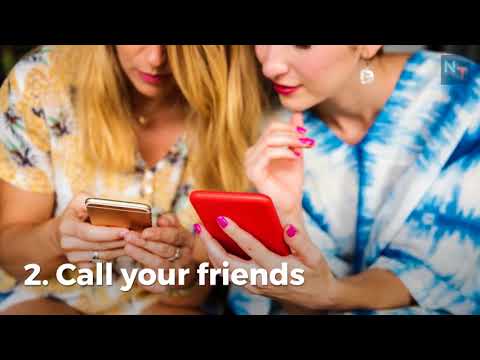