National Ferret Day is observed annually on April 2 to spread awareness, dispel misgivings, and educate people about taking care of the domesticated ferret. An intelligent, loyal and faithful companion, the ferret is frequently misunderstood as a nuisance because of its mischievous nature. On April 2 every year, ferret lovers and the American Ferret Association help the public understand more about these furry creatures.

A ferret is a furry creature with razor-sharp teeth belonging to the weasel or Mustelidae family. Known to live up to 10 years, ferrets can have different hair colors — brown, black, white, or even mixed hues. The word ‘ferret’ is borrowed from a Latin phrase for ‘little thief,’ which aptly describes the animal’s penchant for extracting or ‘ferreting’ things out. Humans began domesticating these animals over 2,500 years ago as a substitute for the European polecats. Landowners utilized its capabilities to kill vermin, pests, and rodents, which would run riot in their fields. The cunning and wily ferret sniffs out pests and brings them out from their hiding places.

Because of their mischievous nature and attention-seeking habits, people have misgivings about ferrets. At times, they produce a musky odor, which some people may find repulsive. Due to these attributes, some districts in the United States, including California and Hawaii, have banned keeping them as pets. The American Ferret Association recognized April 2 as National Ferret Day to dispel some myths surrounding domesticated ferrets. Although the day has been officially celebrated since 2014, it was instituted well before it by Carol Roche, a New York citizen fascinated by her pet ferret.

National Ferret Day is an attempt by lovers of these remarkable and resilient creatures to make people fall in love with them. The day provides ferret lovers with a platform to share their passion and educate the broader public about this cute animal’s affectionate, loving and helpful nature.

A survey reveals that there are nearly eight million pet ferrets worldwide, mainly in Canada and America.

The Ferret's Day Out

Is the ferret an endangered animal?

The wild counterpart of the pet ferret, the black-footed ferret, is an endangered species, which had almost gone extinct till a few decades back.

Although ferrets were used for hunting rabbits and rodents, pet ferrets don’t pose a danger to humans. Despite their razor-sharp teeth, they are not known to bite humans. There are no known records of feral ferret attacks.

Why is it illegal to keep ferrets as pets in some places?

Ferrets as pets are considered illegal in California and Hawaii. Hawaii considers it unethical to domesticate exotic pets and classifies ferrets as one. In California, a government policy dating back to 1933 considered ferrets to be unsuitable for domestication. The policy was subsequently upheld in 1986.

5 Amazing Facts About The Ferret

Why We Love National Ferret Day 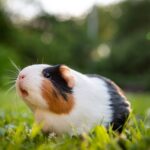