National Chocolate Covered Nut Day is on February 25 every year, and we’re here to help you amazingly celebrate the day. Do you know that it has been almost 100 years since the first chocolate-covered peanuts were sold? Chocolate is something we all love, and one of the ways to make it even better is to add yet another thing that we adore — nuts! National Chocolate Covered Nut Day is dedicated to the pleasing combination of chocolate with nuts like peanuts, almonds, apricots, cashews, and hazelnuts and celebrates these tasteful treats that are enjoyed by people of all ages.

Chocolate is said to have originated in Mesoamerica where the Aztecs are said to have grown cacao plants, from which they made chocolate. It is believed that the Aztecs drank chocolate as part of rituals. Some even say that it was an ingredient in medicines. The Mayans even referred to chocolate as the drink of the Gods. In those times, chocolate was not eaten as solid food, nor was it sweet. It was consumed in liquid form and was unsweetened, which gave it a bitter taste.

Later in the early 1500s, Hernán Cortés, an explorer from Spain, introduced chocolate to Spain. It is said that Cortés was on a visit to Mesoamerica when a Mayan emperor gifted Cortés a cup of cocoa. Cortés then sowed cocoa seeds in his hometown, and thus the cocoa plantation rose to prominence in Spain. The Spaniards added sugar and honey to overcome the bitter taste of cocoa. Many years later, chocolate traveled to Europe and was a popular drink amongst the monarchs and the aristocrats.

It is said that the first mixture of chocolate and hazelnut happened during the 1800s in the northwestern Italian region of Piedmont. The paste was called ‘gianduja.’ This was way before even milk chocolate came into existence. Milk chocolate was born in 1876 when Swiss chocolatier Daniel Peter added dried milk powder to chocolate. In the 1900s, many companies such as Nestle started mass producing chocolate-covered nuts, and it soon became a favorite snack among people of all ages.

Though the exact origins of National Chocolate Covered Nut Day are not known, the day has been celebrated by millions every year on February 25, giving recognition to the delicious combination of chocolate with nuts.

Hernán Cortés brings chocolate to Spain from where it travels to other parts of Europe.

Chocolate is Infused with Nuts

National Chocolate Covered Nut Day is created as a dedication to these tasty treats.

The Blumenthal Chocolate Company is said to have created the first-ever chocolate-covered peanuts in 1925 when they released their product, Goobers. Later in 1969, Blumenthal was acquired by Ward Foods.

How did Goobers get their name?

Boiled peanuts are known as ‘goobers’ or ‘goober peas’ in the south.

Is chocolate a sweet? 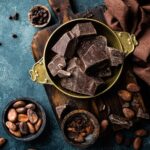 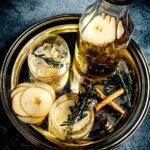