Malaysia Day falls on September 16 and commemorates the anniversary of the formation of the Malaysian Federation, which took place on the same date in 1963. It may seem strange that Malaysia has two different national days, however, both of them are embedded with tales of sacrifices and freedom. So both days are recognized as honorable days by Malaysia. Malaysia Day is also known as ‘Hari Malaysia’. This day was not recognized as an official holiday until 2010. The celebrations of Malaysia Day primarily include national ceremonies that celebrate the strength of Malaysians.

Malaysia day commemorates September 16, 1963, when the Malaysian Federation was established. The East Malaysian states of Sabah and Sarawak and the former British Colony of Singapore combined with the Malaya Federation to form Malaysia. However, Singapore separated from the Federation two years later on August 9, 1965.

Malaysia celebrates its Independence Day on August 31, which is also a national holiday. It is strange for a country to have two national days but the joining of East Malaysia with the Federation of Malaya deserves celebrations.

Sabah was a petroleum-rich state and both the Philippines and Malaysia wanted to get their hands on it. However, Sabah became a British colony 17 years before joining the Malaysian Federation. The rush of Indonesian refugees in the 1970s and the feud of Sabah’s right to some of the neighboring islands resulted in the Indonesian Islands of Sipadan and Ligitan being officially declared part of Sabah.

The state of Sarawak was ruled by the ‘white rajas’, a name given to the Brooke Dynasty. The state of Sarawak flourished under their rule and expanded. Both of these states joined the Malaysian Federation in 1963. Initially, Malaysia Day was not a public holiday until former prime Minister Datuk Seri Najib Tun Razak put forward a request for this. It officially became a public holiday in 2010.

After the two atomic bombs fall on Japan, it surrenders the territories of Malaysia.

The British-ruled territories form the federation of Malaysia.

What is the difference between Merdeka Day and Hari Malaysia?

The formation of the Malaysian Federation took place on September 16, 1963, when Singapore, Sabah, and Sarawak joined it. The anniversary of this day is celebrated each year as Hari Malaysia. However, the original date of independence is August 31, which is celebrated as Merdeka Day.

Is Malaysia Day a public holiday?

Yes, Malaysia Day was announced as an official holiday in 2010.

When did Singapore separate from Malaysia?

Singapore separated from Malaysia on August 9, 1965, to become a separate independent state.

How to Celebrate Malaysia Day

Why We Celebrate Malaysia Day 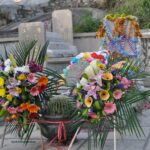 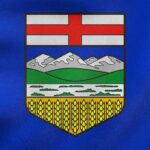