International Harry Potter Day on May 2  brings merriment to Potterheads around the world. The then UK Prime Minister David Cameron declared this day an official international holiday to honor the literary work of J. K. Rowling. Now, over a decade since the release of the last book in the series, the passion surrounding the characters and their life events have not faded. Grab your wand and let’s revel in the magical history of Harry Potter. If you want to celebrate in style, check out our gift guide for Harry Potter fans.

In 2012, Harry Potter fans around the world cheered Britain’s Prime Minister David Cameron’s declaration that May 2 would forevermore be known as International Harry Potter Day. Author J. K. Rowling’s literary series had a significant impact and holds the Guinness World Record as the highest-selling series by a single author at over 500 million copies sold.

Why May 2? The Battle of Hogwarts was fought on this date in 1998. The final conflict of the Second Wizarding War took place at the Hogwarts School of Witchcraft and Wizardry. The Order of the Phoenix proved victorious, ending the most devastating battle of that war and resulting in numerous casualties, most notably Lord Voldemort.

Every year brings extraordinary ways to commemorate and celebrate this enchanted day. There are anniversaries to recognize, characters to remember, places to see. Key locations throughout Europe that have ties to the movie offer events. The popularity of the entire franchise spawned a theme park, retail stores, an escape room, and merchandise related to everything Harry Potter.

In Cameron’s official statement announcing the new holiday he said “In order to fully commemorate and immortalize her work, we have decided to officially declare May 2nd as an official international holiday, in honor of the date that protagonist Harry Potter conquered the main antagonist of the series, Lord Voldemort. We hope that children and adults alike will be reminded of Harry Potter’s strong and courageous character on this day, as well as of the true credit that Ms. Rowling has made to society.”

Holding the Guinness World Record for the most novels sold within 24 hours of release, Harry Potter and the Deathly Hallows is released to conclude the series.

The original novel is released as a movie in the US.

Harry Potter and the Philosopher’s Stone, the first novel in the series, debuts in Britain.

How many times was Harry Potter rejected?

Rowling’s magical novel was rejected by publishers 12 times before being picked up by Bloomsbury Publishing.

Where did Rowling write Harry Potter?

Rowling began writing Harry Potter in a flat in Clapham Junction in London. The idea for the series came to her originally on a train from Manchester to London.

Has Rowling written books outside the Harry Potter series? 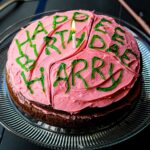 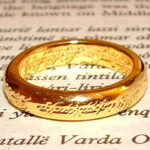